Inside the 2019 Catalyst Awards: Highlights From the Day (Blog Post)

What does the [email protected] look like for women? That’s what over 800 business leaders came to discuss at the 2019 Catalyst Awards Conference on March 14 at the New York Hilton Midtown. Catalyst Award-winning organizations, Supporters, diversity and inclusion experts, business leaders, and others gathered to share their visions and actions for building equitable, diverse, and inclusive workplaces where women can thrive.

For more than 30 years, the Catalyst Award has recognized exceptional efforts that help advance women in business. Over the years, the Catalyst Awards Conference and Dinner have brought together experts from around the world to share knowledge and shape the dialogue about inclusive leadership and other critical factors related to women and workplaces around the globe.

This year four organizations received the Catalyst Award for their initiatives to advance women:

Catalyst President & CEO Lorraine Hariton, a former Silicon Valley executive, kicked off her first Catalyst Awards by laying the foundation for the day.

“With new technologies coming into the workplace, it’s critical teams are thinking about diversity and inclusion to ensure we don’t bake bias into products,” she said in a Q&A with CNN International’s Zain Asher. It was live-streamed on Facebook.

This year Catalyst tried something different, giving leaders from each Catalyst Award-winning organization their own hosted session.

At the [email protected] Hackathon, attendees broke into smaller groups to dig into trends, including Harnessing Technology Takes a Human Touch; Recognizing and Valuing Employees’ Intersecting Identities; and the Benefits of a Geographically Dispersed Virtual Workforce.

At the session on intersectionality, Translator LLC Founder & CEO Natalie Egan had the room riveted as Egan told the story about coming out as a transgender woman in the tech industry and the bias and discrimination Egan faces. “Language matters and it has to start at the top,” said Egan, who launched the platform designed to promote diversity and inclusion as a result of the experience.  “It’s a root cause of disengagement. Everything starts and ends with language.”

During the Busting Myths and Bias in the Multigenerational Workplace session, Edmond Hughes, Ingalls Shipbuilding Vice President, Human Resources & Administration, stressed the need for all employees, of all generations, to be seen and valued. “We all have a responsibility to ensure the least empowered person in the room is heard,” he said.

Over lunch, Target’s Chief Diversity and Inclusion Officer, Caroline Wanga, and Chief Information Officer Mike McNamara, discussed the lack of gender diversity in tech. When he joined the company in 2015, Mike said the tech interns were predominantly male and he was determined to change that. So he instituted targets, among other measures, and today, tech intern classes are 50% female. Mike told his team: “We’ve got to represent our guests and the communities we serve. We have to be diverse.”

In the afternoon, Deutsche Post DHL‘s Kimberlee Harrison, EVP HR for Global Functions,  and Val Hoge, COO, DHL Supply Chain North America, talked about the importance of leaders correcting bias and recognizing that many employees might not feel they have permission to raise their hand. “We’re helping leaders break perceptions that they have an understanding that people are out there with the right skills,” Hoge said, “but maybe not the confidence to step forward.”

Throughout the day, attendees were able to stroll through our [email protected] Hall to learn about tech startups that are using AI and other technologies to tackle unconscious bias, as well as more than a dozen other diversity and inclusion organizations. 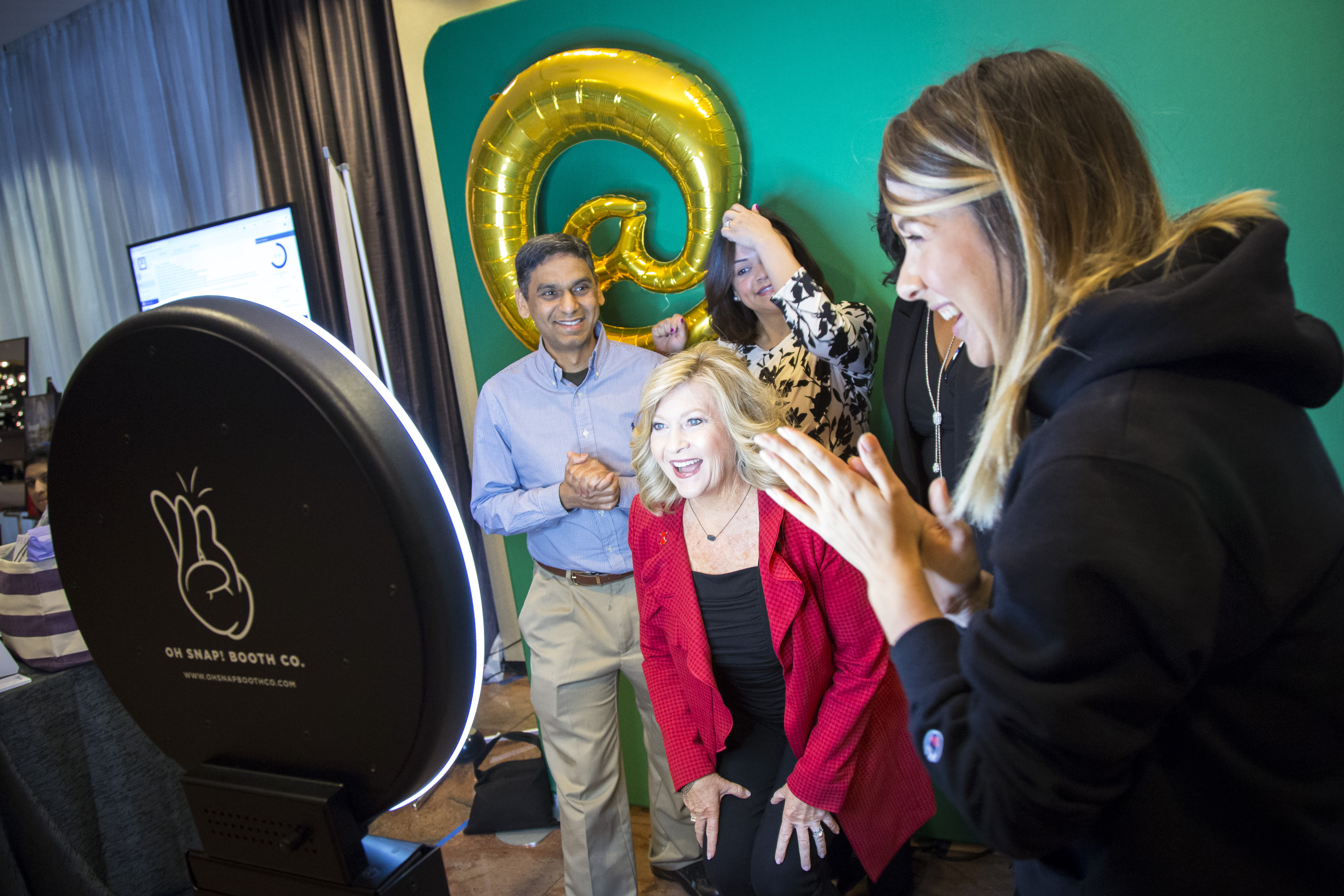 In a highlight of the evening, Catalyst President and CEO, Lorraine Hariton, urged the corporate leaders in attendance to use the power of their community to demonstrate what a safe and inclusive environment looks and feels like.

“People are distrustful of so many institutions, but they trust their employer, and they expect them to comment on social issues,” she told the crowd. “By instituting policies and programs that support diversity and inclusion and by role modeling the right behaviors, you are influencing millions of people around the world.” You can watch her speech and read the full transcript.

These tech startups are using AI to try to make gender bias in the workplace a thing of the past.

The Future Is Here. Is Your Workplace Ready? (Blog Post)

Policies and promises aren’t enough; there needs to be bold, meaningful action.