Chevron’s Chief Diversity Officer: ‘The Majority Has the Power to Uncork the Pace of Change’ (Blog Post) 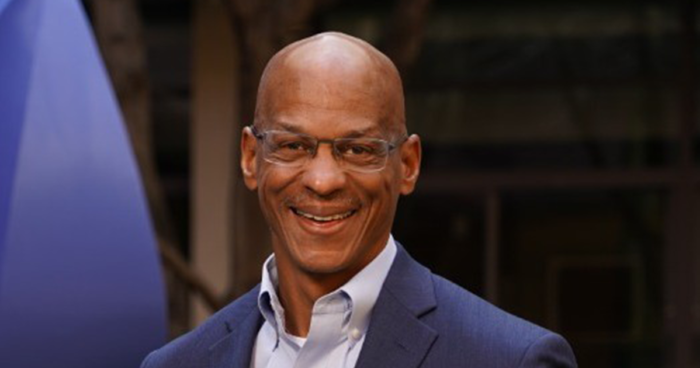 As a young Black man growing up in an all-White community, Lee Jourdan had two powerful role models for Black leadership: his parents. His mother—a teacher and later an information technology manager—worked for the aeronautical programs in the 1950s memorialized in the movie Hidden Figures about Black women mathematicians at NASA. His father, who shined shoes during the Great Depression, went on to work for the US State Department on the Star Wars nuclear defense program. Together, Jourdan’s parents showed him how men and women can be gender-equity partners.

Today, Jourdan is Chief Diversity Officer (CDO) at Chevron Corporation, the multinational energy corporation and winner of the 2015 Catalyst Award, where he works to advance diversity, equity, and inclusion for all people in the workplace.

At this moment, when people around the globe are expressing their fury, sadness, and fears in response to the murder by police of George Floyd and so many other Black Americans, Chevron leaders issued a statement in solidarity. Jourdan notes in the statement that he and his colleagues “are fortunate to work for a company that lives its values. ‘Diversity and Inclusion’ is the first value listed in The Chevron Way. That’s not an accident.”

Chevron Corporation has been an early partner with Catalyst’s Men Advocating Real Change (MARC), an initiative that engages men and women in building and sustaining inclusive workplaces. In 2019, Catalyst received a $5 million grant from Chevron Corporation to support the MARC program.

In an interview with Catalyst, conducted before the murder of Floyd, Jourdan talked about MARC, effective gender partnership, Covid-19, and how being a Black man has influenced his approach to inclusion.

Q: How has your identity affected your advocacy for inclusion and equity?

Lee Jourdan: When I first stepped into the CDO role about 18 months ago, I thought I had a good understanding of the “headwinds”—the microaggressions—of other people in underrepresented groups because I am familiar with my own. That could not have been further from the truth. My headwinds are very different from those of a Black woman, or a gay Black man, or a Hispanic person, or someone who is differently-abled. On the other hand, I think I am more empathetic, as a Black man, to the challenges of others because I know people don’t understand mine, so I can relate to their frustration.

Can you describe an experience that illustrates your learning journey?

Jourdan: At Chevron, we don’t get MLK Day off as a paid holiday. Every year, several Black employees raise this as an issue. I received such a note on MLK Day from a woman and answered her, assuming she was Black. Turns out, she was White. I was pretty embarrassed and told her so. I learned firsthand that we should never make assumptions!

Who is a Black leader who inspired your advocacy and why?

Jourdan: My father. Before he passed at the age of 88, we wrote his memoir, From Shoeshine to Star Wars, about his struggles and triumphs. He grew up in a very diverse neighborhood with Asians, Hispanics, Blacks, and Whites and shares a touching story about protecting his Japanese American friends at school the day after the bombing of Pearl Harbor. The goodness of others helped him when he was down. I get my empathy from him.

Have you ever had to hide or cover part of yourself?

Jourdan: I grew up in a town where there were only five Black people in the entire town–and they were all in my family. As a result, I grew up without lessons and learnings about my people and culture. In college and beyond, whenever I would be immersed in a Black-majority situation, I would cover my past and pretend I had grown up within a Black community. Only recently have I begun to feel comfortable saying who I am and what my upbringing was like. It’s still not easy, but it feels much better than covering up the truth.

Why focus on men to advance diversity and inclusion?

Jourdan: No change happens in a meaningful way without having the majority engaged. The majority has the power to uncork the pace of change and smooth its acceptance. MARC is the first program I have come across that really understands the benefit of having the majority lead change. But we all know that change isn’t easy—you must break through norms and move away from comfortable biases. MARC teaches us how to do that.

What are your observations about men and women building more effective gender partnerships in the workplace?

Jourdan: This is a generalization, but I think women often are more communicative than men are. You don’t have to guess what someone is thinking when they communicate well, which makes them easier to work with. Therefore, I feel the need to communicate more when working with women–to match their communication, to be more open about what I am thinking. Everyone should take their cue from strong communicators because that leads to stronger partnerships.

Do you have a message for emerging leaders?

Jourdan: Don’t underestimate the power of empathy to be a better leader, coworker, and partner. Listen and understand your colleagues’ fears, strengths, headwinds, and challenges. Only then can you understand where they need help—and where they can help you.

What does gender partnership look like at Chevron during this pandemic?

Jourdan: What I have found to be really fascinating is that partners/spouses can now see what the other one does all day.  If both had been working, or one of them at home, in this environment, they can now see the whole spectrum of highs and lows. And it has been eye-opening for many. I have heard from both sides, things like, “I really had no idea you worked this hard.” And when you throw homeschooling in the middle of it, it adds a whole new dimension of respect.

Can you share an example of something Chevron is doing to bolster inclusion during Covid? (For example, using flexible work arrangements or team check-ins to make sure everyone is doing okay.)

Jourdan: I think everyone has simply created completely different schedules for themselves, and Chevron leaders have simply gone with the flow. One of my managers, who has to talk with people in different time zones in her role, will find a quiet space for a mid-day nap, and block out afternoon lesson-time with kids. Then she gets get back on the “clock” when the kids are in bed. What I love is that she had the psychological safety to share with me that she is taking naps during the middle of the day. I’m proud of that.

From discussions about evolving ideas of masculinity to advice for navigating work-life issues, these podcasts offer takeaways for men.

Catalyst's Ludo Gabriele spent a day listening to men discuss gender equity and gained some insights about the nature of allyship.