Allyship and Curiosity Drive Inclusion for People of Color at Work

Research from a wide variety of disciplines shows that people of color experience bias, discrimination, and unfair treatment in all parts of their lives—including at work—with far-reaching impact.1 In addition, Catalyst research has found that many employees of color in the US2 and Canada3 experience an emotional tax at work—the combination of being on guard to protect against bias because of race, ethnicity, and gender and experiencing the associated effects on health, well-being, and ability to thrive at work.

What can leaders do to combat the need for employees of color to be on guard against bias, and how do leaders create workplaces where employees of color can thrive? To answer these questions, we analyzed the experiences of 274 people of color in the United States.

We found that inclusive leaders4 boost experiences of acceptance and inclusion at work for people of color and that these experiences ultimately predict intent to stay. Most importantly, we found that allyship and curiosity should be at the heart of a manager’s leadership mindset in order to create a more inclusive, welcoming workplace.

Through curiosity and allyship, champions of equity and inclusion at work can start to unearth the deep roots of racial and ethnic inequities and take meaningful action to destroy them and, in their place, sow seeds of equity and understanding.

I would rather have a straight White man lean into a conversation about diversity and inclusion with the right intention [even if he] may say the wrong things, because the right things to say can be learned. But the intention can’t be taught. – Sid, South Asian man, Senior Director7

All Employees Can Lead Inclusively

Leadership isn’t limited to those with official titles or status. No matter your background, experiences, identities, or where you are in your organization, you can lead inclusively. Start by actively supporting people from marginalized groups and seeking to understand diversity and difference. Change lies in all of us—so go be a leader.

We analyzed quantitative survey data collected through the Catalyst Inclusion Accelerator, a diagnostic tool designed to capture how employees and teams experience inclusion. This study reports results from 274 people of color8 working in the United States. Respondents ranged in age from 20 to 72 years, with an average age of 41. 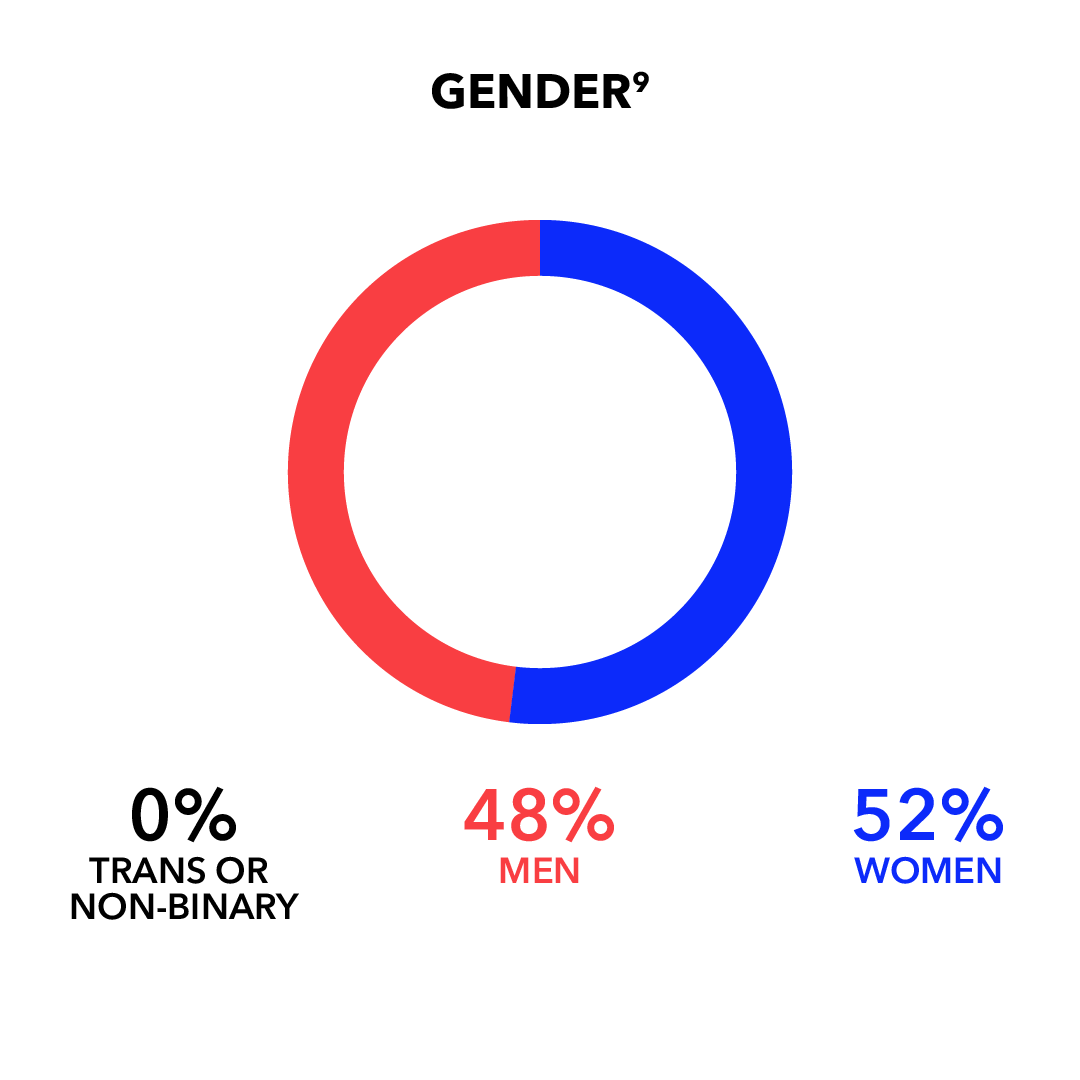 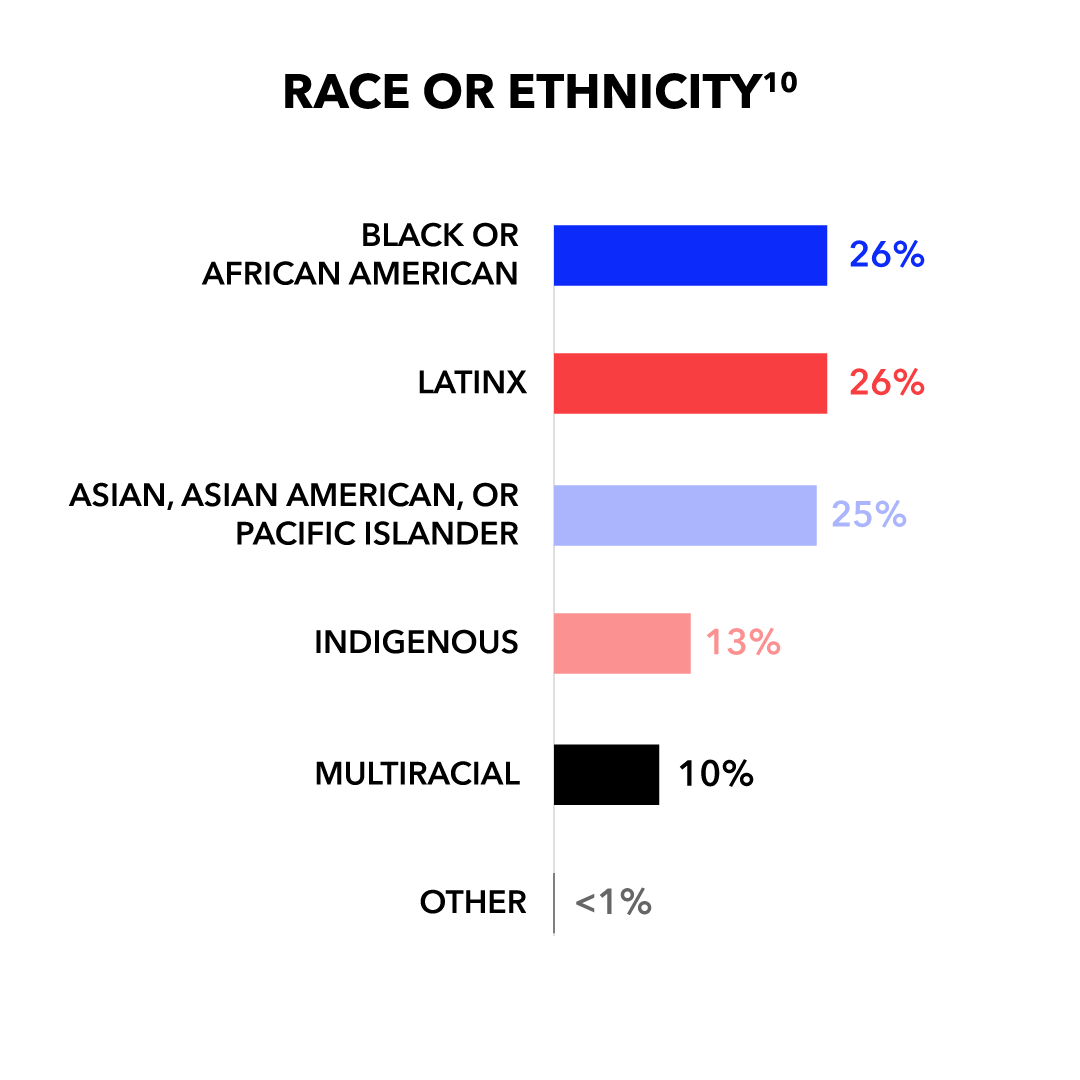 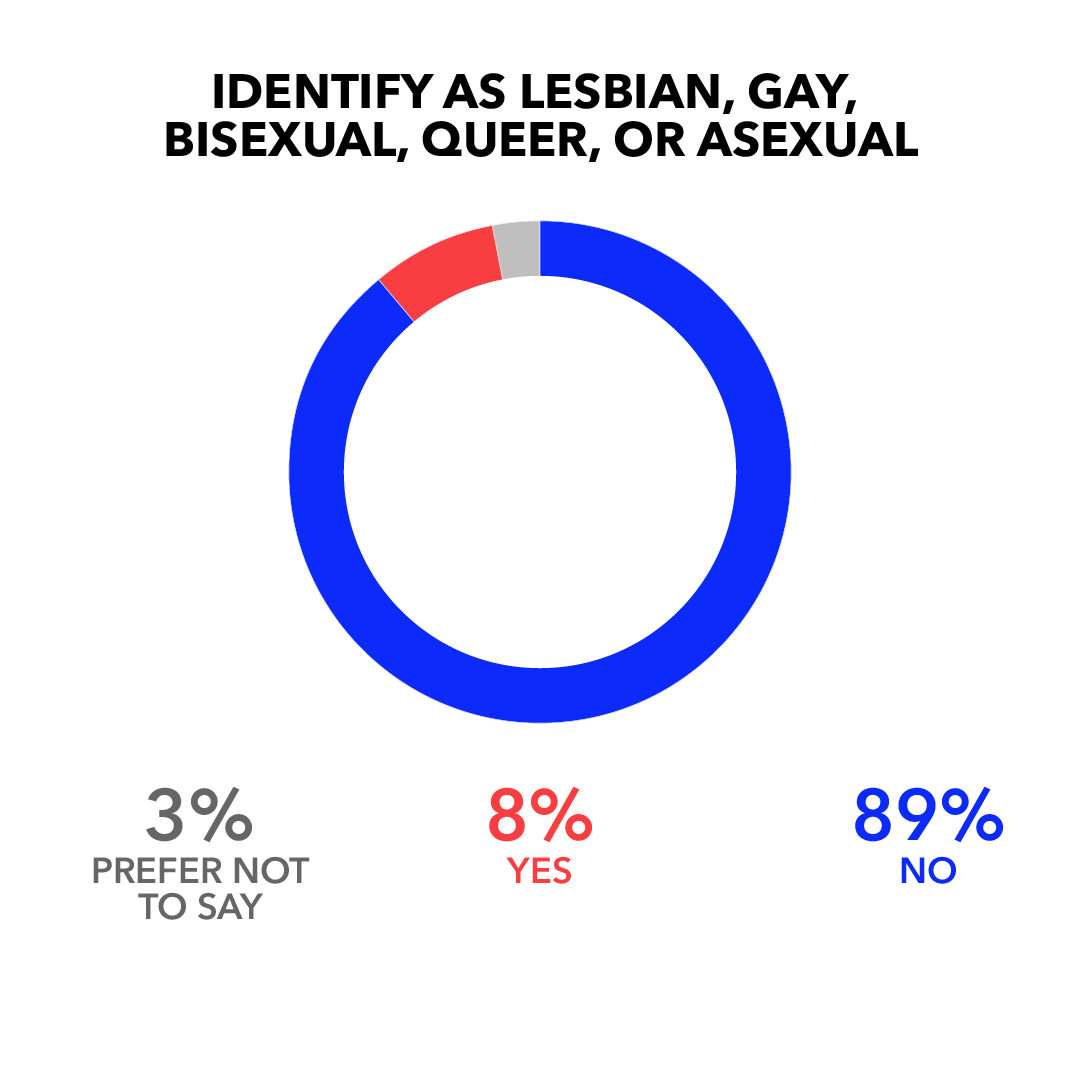 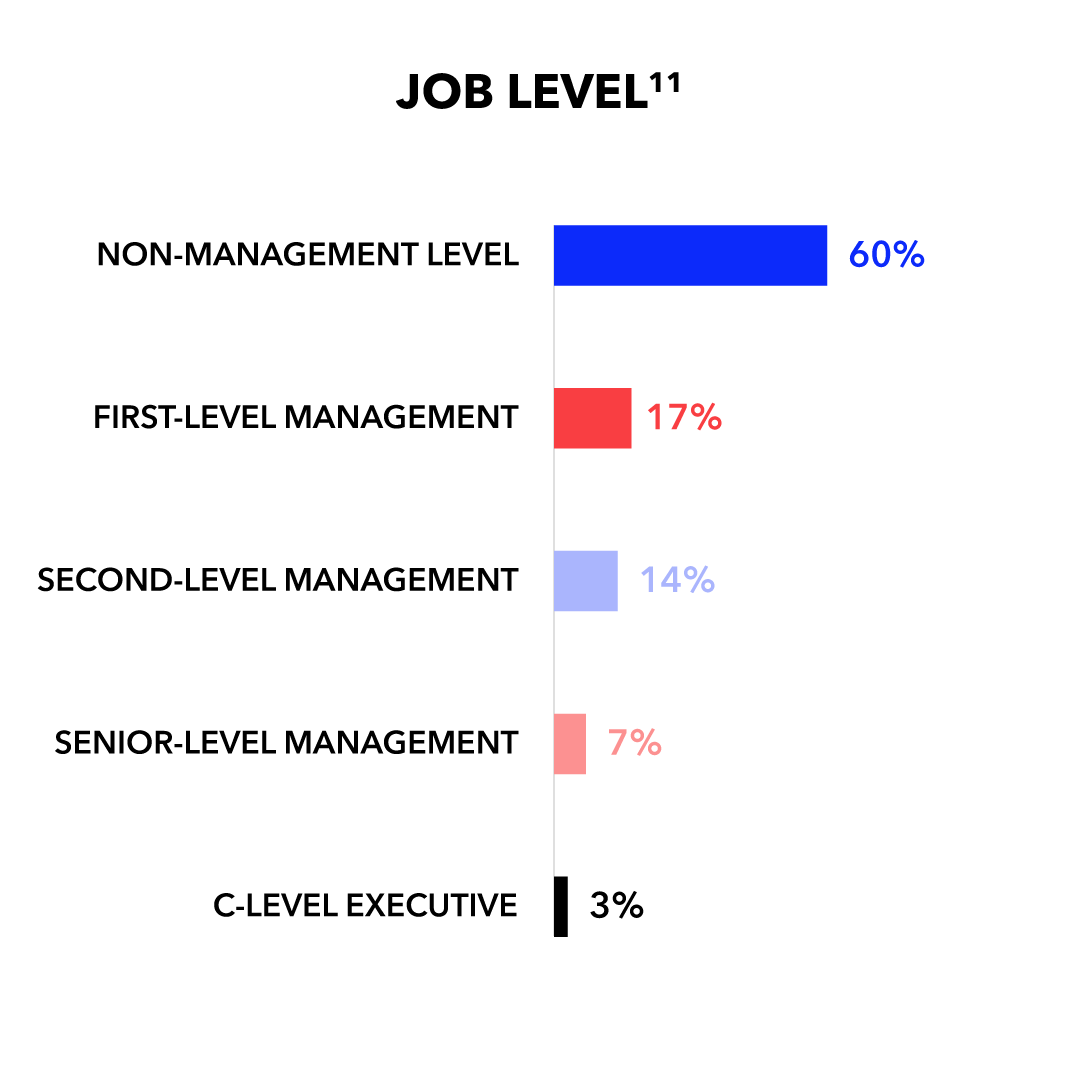 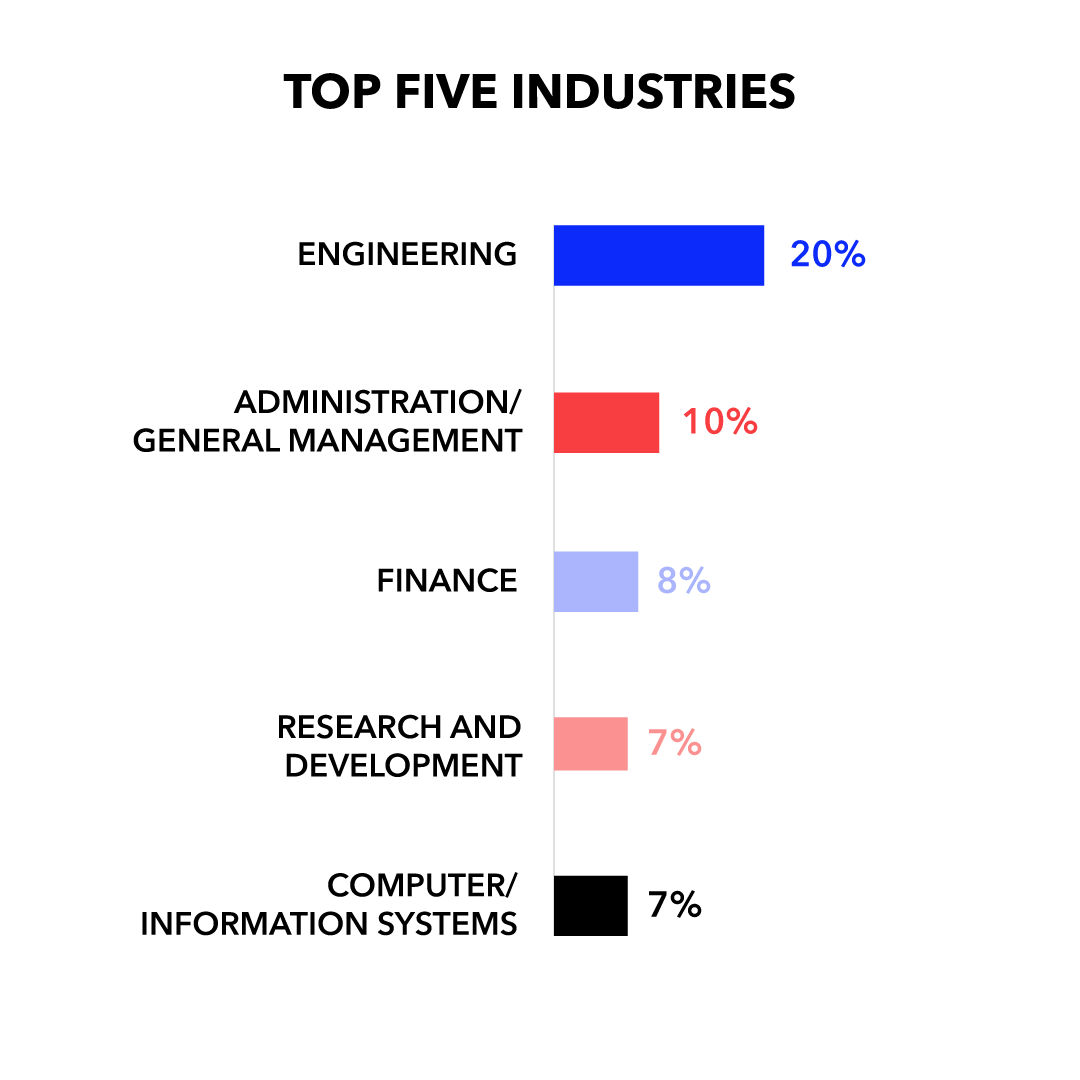 Most People of Color Are On Guard to Bias at Work

We found that 68% of people of color are on guard12 to protect against bias and unfair treatment within their work teams. Of that group, 70% report that they are on guard specifically because of their race or ethnicity.

Percentage of Employees Reporting Being On Guard at Work

Note. The intersections of race and gender yielded very small sample sizes for certain groups (e.g., n = 12 Indigenous men) and thus, results should be interpreted as directional only (i.e., group differences have not been tested for statistical significance). Additionally, an extremely small portion of respondents (<1%) identified as another marginalized racial or ethnic group and, for this reason, we are unable to provide percentages for them.

These findings are striking, revealing that even among colleagues with whom they work closely—their team members—two-thirds of employees of color have needed to guard themselves against bias within the past six months. They brace themselves for insults, avoid certain places or social situations, change the way they look, and protect against being stereotyped by their team members—simply because of who they are.

Corporate leaders, team managers, and all of us as colleagues need to do a better job of creating the kind of work environments where everyone is valued for their diverse skills, expertise, and background—and inclusive leaders do just this.

Our survey results tell us that, through allyship and curiosity, leaders are responsible for nearly 40% of the experience of inclusion for people of color.18 We also found that when their leaders demonstrate allyship19 and curiosity,20 people of color are less on guard to racial bias at work. This reduced burden links, in turn, to increased inclusion and ultimately intentions to stay at their organization. Take a look: 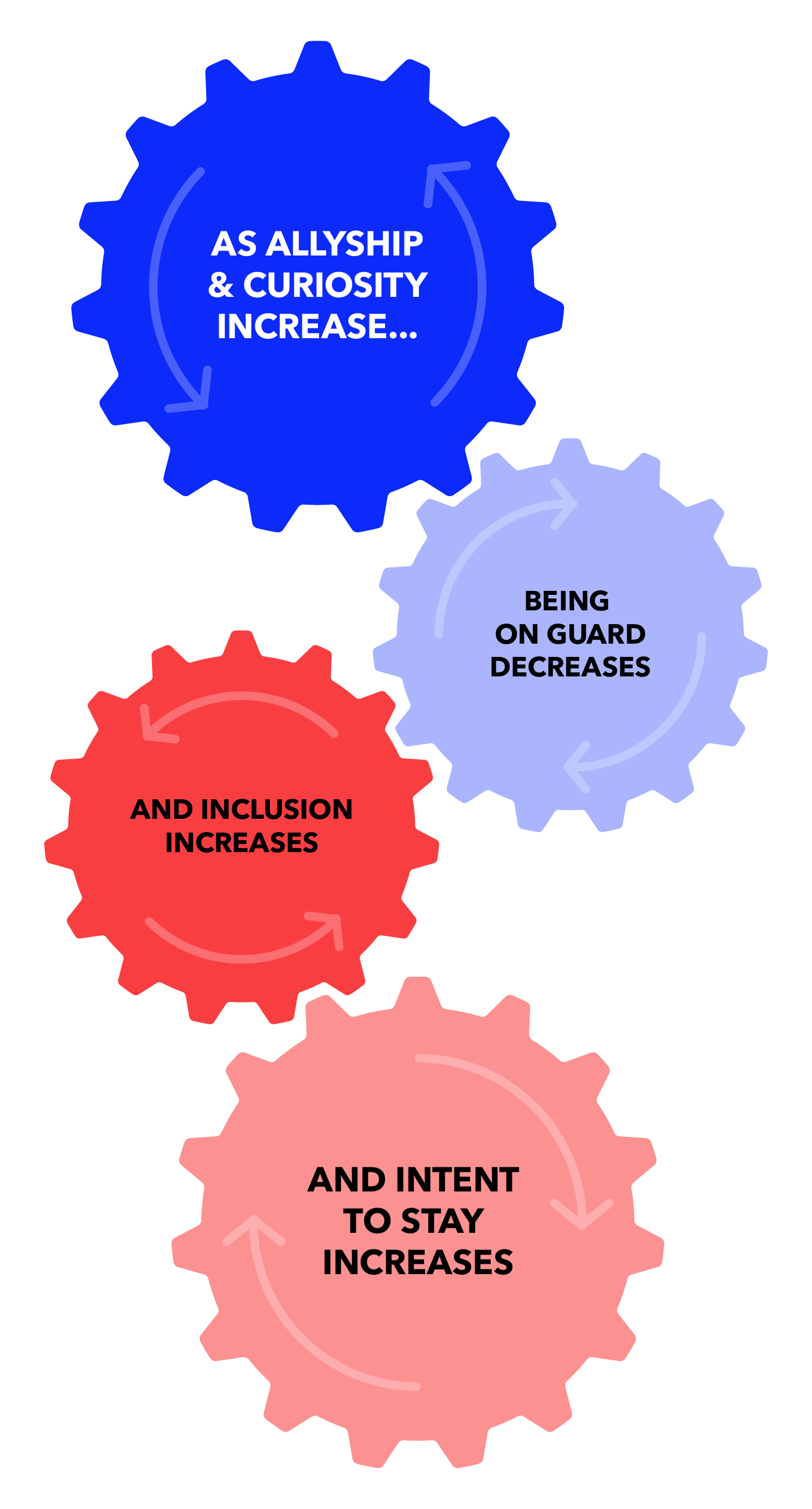 The women that I’ve worked for, for the most part have been very receptive and supportive….They recognized that I had something to offer, something of value, and if they were in the way, they would quickly get out of the way and help me out….It’s gotten me opportunities, experiences that I would otherwise not have had.—Darnell, Black man, Director21

Sometimes in meetings [my manager would] ask the question, people would jump in, sharing their thoughts….And then after that he’d be like, ‘Do you have something to say?’….He always said ‘[You have] good thoughts, so say them.’ In a positive way, not like telling me to speak. But he encouraged me on multiple occasions, and now I’m at that place where I feel very comfortable doing so.—Kira, South Asian woman, Manager22

What to Avoid: Performative Allyship

Performative allyship—saying you’re against a certain type of injustice without doing the hard work of changing your behavior or the structures that uphold it23—is detrimental to both the people and causes you support.24 Examples of performative allyship include:

Performative allyship hurts the people it purports to promote because it gives the impression of “doing something” when nothing of substance has occurred. Thus, it maintains the status quo by appearing to support change without making change—which is inequitable and demoralizing.

To go beyond performative allyship, true allies use their power, influence, expertise, resources, skills, and relationships to advocate for individual and structural change. Doing so requires pushing back against long-standing social and cultural norms, habits, expectations, and traditions. It’s not easy, but change seldom is.

Ultimately, we need to celebrate both our differences and our points of connection. You can honor diversity and difference and, at the same time, find common ground, connect, and build alliances. Through curiosity, you might discover the ways that you’ll personally benefit from inclusion in the workplace. Allyship requires work—but when supercharged with curiosity, its outcomes can be powerful.

Build awareness. Take stock. Learn as much as you can.

What Can I Do?
Start by asking questions, such as: What do I know about systemic inequality? Where did I learn it? Even more, what don’t I know?

What Can We Do?
Your organization cannot chart a path to inclusion without knowing where you’re starting from. Evidence, transparency, and clear, consistent communication are key. Ask:

Staying in your comfort zone.

Develop a meaningful vision and plan. Prepare to be challenged. Get to work.

What Can I Do?
Remember that allyship is about the work you do, not just the ideals you hold.

What Can I Do?
Your voice is your privilege—use it.

We all have personal biases and unhealthy norms in our organizations. Do you know yours? Are you accounting for them?

Dr. Terrence Underwood contributed significant leadership and expertise to the development of the “Start Your Allyship Journey” model.

We thank our donors for their generous support of our work in this area:

Lead For Equity And Inclusion