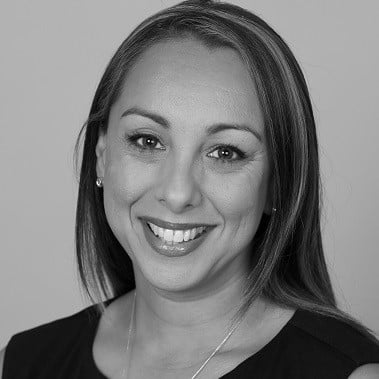 A sought-after speaker on diversity, equity, and inclusion, Vandana is a trusted business leader who has guided DEI strategies around the globe, including in Canada, the US, Europe, Asia-Pacific and Latin America. She joined Catalyst in 2013, working closely with Catalyst’s supporter communities in progressive roles, and advancing to VP, Global Growth Markets in 2017.

Prior to joining Catalyst, Vandana practiced immigration law, working with clients across a broad range of industries. She went on to work in the Diversity and Inclusion groups of two leading Canadian banks, where she focused on gender initiatives and advising Employee Resource Groups.

This webinar recording outlines the five actions managers can take to break the cycle of gender bias in development opportunities.

This webinar will share tips and strategies used by top organizations to customize global programs to fit local needs.

This webinar shares tips to create more inclusive recruitment materials and in turn a more diverse and inclusive workplace from the pipeline up.

Adapting to the Future of Work (Webinar Recording)

Listen to this webinar for an in-depth look at the changing and flexible workplace, drawing on leading Catalyst research, tools, and practices.

First Steps: From Why to How – Designing Your D&I Strategy (Webinar Recording)

Listen to this webinar recording to hear tips on how to design your D&I strategy by identifying major areas of focus.

Listen to this webinar recording to hear insights from Catalyst's tool, Engaging in Conversations About Gender, Race, and Ethnicity.

This webinar explores how individuals and organizations are creating change and driving impact through workplace inclusion.

Starting Conversations About Gender, Race, and Ethnicity in the Workplace (Webinar Recording)

Talking about our differences is difficult. Discussing how some aspects of your identities differ from other people’s—and ways you may…