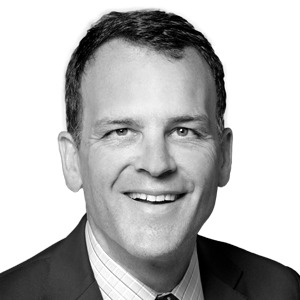 Evan Siddall is a passionate advocate of inclusion and diversity, championing progress at Canada Mortgage and Housing Corporation (CMHC) and beyond. As President & CEO of CMHC, he led a team of housing experts working towards a single goal: that by 2030, all Canadians will have a home they can afford and that meets their needs. His commitment to gender equity and inclusion has been transformational, driving an increase in the proportion of women executive leaders from 27% to 61.5% and women in CMHC’s leadership pipeline from 31% to 53%, and securing a commitment from the organization to increase representation of Black, Indigenous, and People of Colour (BIPOC) employees to 30% by 2025. His visionary and unwavering efforts to foster inclusive workplaces make him a role model for business leaders everywhere.

Upon arriving at CMHC in 2014, Evan took intentional actions to create more gender-diverse leadership teams and build a pipeline for the future, challenging CMHC to hold itself accountable for diversity along several measures and insisting that disclosures include statistics and targets on leadership representation.

Under Evan’s tenure at CMHC, every promotion, restructure, and semi-annual performance assessment included rigorous measurement of gender impacts, exposing and correcting hidden biases and helping to shift leadership representation. He played a key role in the professional development of women at CMHC, working with HR to understand not only pay discrepancies, but also the reasons why some women were opting out of promotion opportunities. Evan addressed these challenges through multiple actions, intensifying efforts to identify high-potential women, increasing the availability of training opportunities to develop leadership competencies, and insisting on objective rigour in performance reviews. As a result, in 2018 CMHC received the Women in Governance’s Parity Certification at the gold level for its work to increase women’s representation in senior management positions.

As the Covid-19 pandemic highlighted disparities for underrepresented populations, and the murder of George Floyd fuelled support for the Black Lives Matter movement, Evan doubled down on equity strategies, creating and funding new employee resource groups for Black and Indigenous colleagues. He also held company-wide conversations to address the challenges of social injustice and created an anti-racism taskforce. This taskforce is made up of majority-BIPOC employees and has a direct connection to the executive committee. Under Evan’s leadership the CMHC also created two new roles: VP responsible for reconciliation with Indigenous Peoples and Chief Equity Officer.

A vocal advocate for inclusion, Evan is a sought-after speaker and thought leader for media, policy influencers, and changemakers. He has spoken out about the moral and social imperative for gender equity, worked with senior leaders at the Bank of Canada and OSFI to create a successful D&I conference, and helped secure sustained funding for shelters for Indigenous women and their children.

Known as a courageous leader, Evan has always stood firm for inclusion, setting goals and publishing them to ensure accountability. He is committed to allyship, regularly meeting with groups seeking equity to understand the realities of their experiences and how he can better support them. Through an extensive personal reading list and recommendations, Evan demonstrates curiosity, immersing himself in learning about discrimination, the impacts of social injustice, and equitable solutions. He is an exceptional and inspirational leader, and a tremendous advocate for a fair, just, and inclusive society.

Evan Siddall served as President & Chief Executive Officer of the Canada Mortgage and Housing Corporation (CMHC) from January 2014 to April 2021. During his tenure, his executive team transformed CMHC into a high-performing, innovative, and ambitious organization with a vision of being at the heart of a world-leading housing system.

Evan came to public service after visiting Canadian battlefields and Vimy Ridge in northern France. He served first at the Bank of Canada, at the behest of former colleague Mark Carney. Taking lessons from the global financial crisis of 2008 and his career in finance, Evan spearheaded the bank’s efforts to establish financial infrastructure to guard against systemic risks. Prior to joining the bank he worked at some of the world’s largest investment banking firms in Canada and the United States. In July 2021, Evan began his new role as President and Chief Executive Officer of Alberta Investment Management Corp.