Highlights From the 2019 Catalyst Canada Honours – In Photos (Blog Post)

Since 2009, Catalyst Canada Honours Conference and Dinner have been a go-to event for corporate Canadians concerned with diversity and inclusion. This year’s November 4 event focused on the [email protected] and may well have been one of the most memorable.

There were thought-provoking sessions on everything from gender analytics to the emotional tax and inspiring, deeply personal TED-like talks from this year’s Champions.

Michael Cherny of Deloitte, just 28 years old, gave a moving speech about his journey coming out as a transgender man.

ICYMI:
Last night #CCH2019 Champion Michael Cherny of @DeloitteCanada spoke about his journey to coming out as a trans man at work and being his authentic self. 🎥 https://t.co/8OWW61PDbv …

Norie Campbell of TD Bank Group spoke candidly about a time when she learned she needed to change her behavior so that all members of her team felt included. “We need to be brave and open when we don’t get it right,” she said. Sandra Stuart, who rose from part-time bank teller to become President & CEO of HSBC Bank Canada, challenged business leaders to help other women rise through the ranks. Alison Jeffrey of Blake, Cassels & Graydon LLP, urged leaders to “blow the doors off the traditional ways of pipeline development” and see “champion as a verb, not a noun.”

Within hours, there was so much buzz that the conference hashtag, #FutureAtWork, was trending on Twitter in Toronto.

Fittingly for an event with the theme of the [email protected], young people had a major voice. Riya Karumanchi, a 16-year-old CEO of a tech start-up, delivered a keynote, and Dinner Chair Dave McKay, President & CEO, RBC,  shared emcee responsibilities with 21-year-old Aiza Ibid. “We can’t advance our collective interests without advancing the interests of women. That starts with investing in and championing our young people,” he told the audience.  (As part of Plan International’s GirlsTakeover campaign, Ibid had previously shadowed McKay for a day, during which she said “he encouraged me to never stop asking why not me.”)

“A real champion not only knows when they see a moment, but they know when to seize the moment. Now is the moment,” Lorraine Hariton, Catalyst President & CEO, told the audience.

Tanya van Biesen, Executive Director, Canada, closed the evening with an inspiring message to the young people in the room. “Expect a lot of your leaders. Insist on a future at work that’s inclusive, where gender balance is a given and you can bring your whole self to whatever you do, every day. Because you deserve it.”

Below are some highlights from the day. 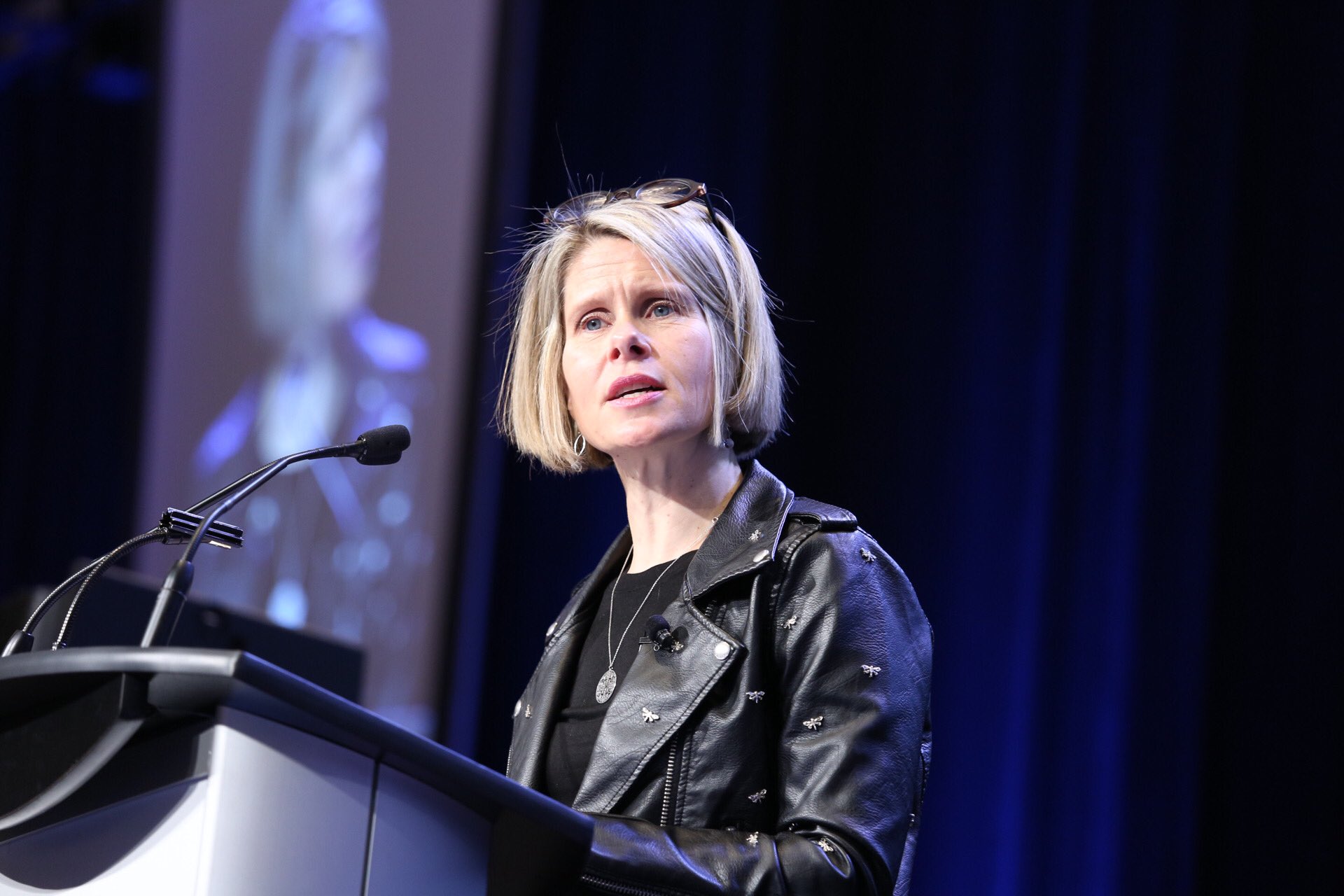 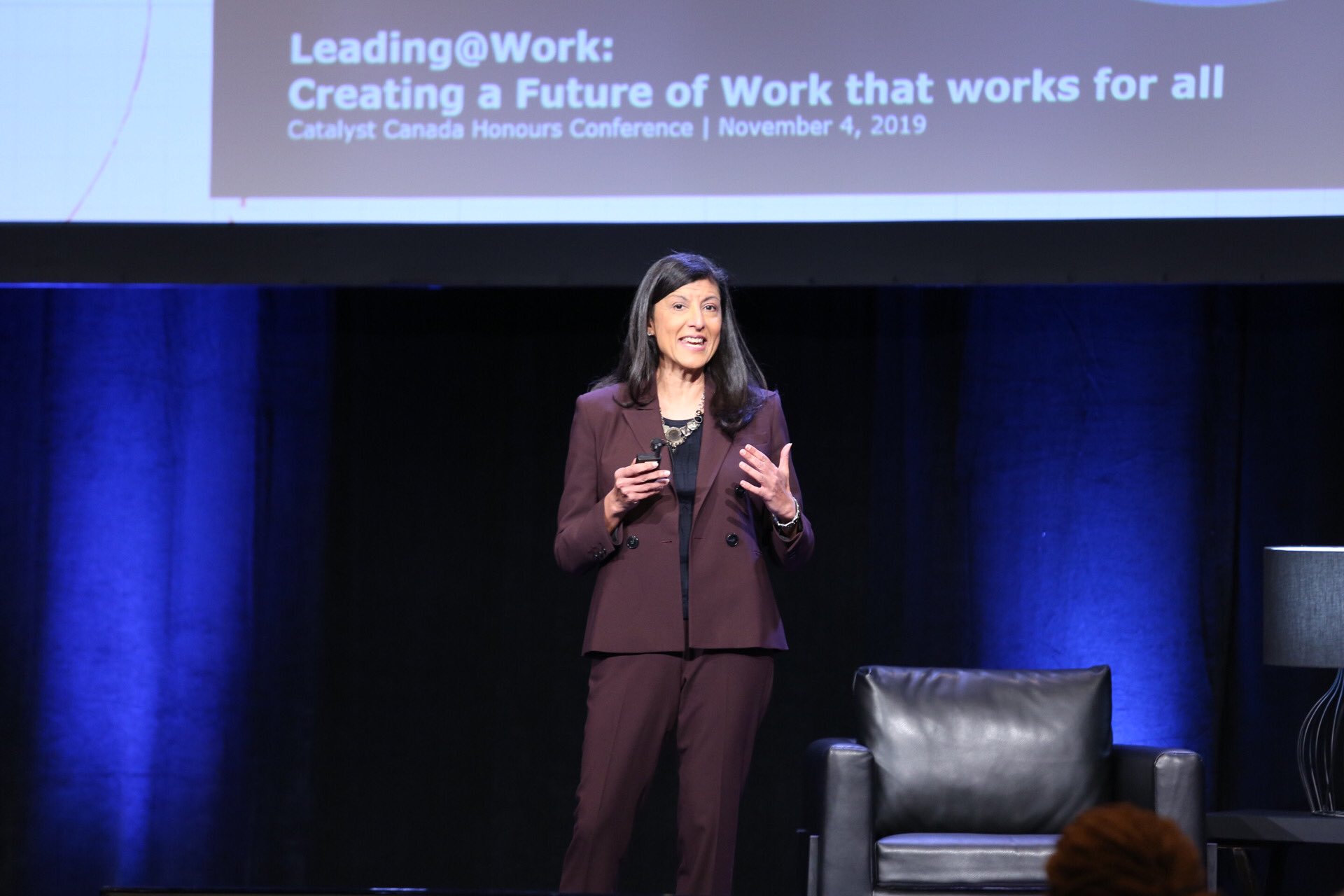 Zabeen Hirji, Executive Advisor, Future of Work, Deloitte: "Diversity is a fact. Inclusion is an act to ensure people inside organizations thrive." 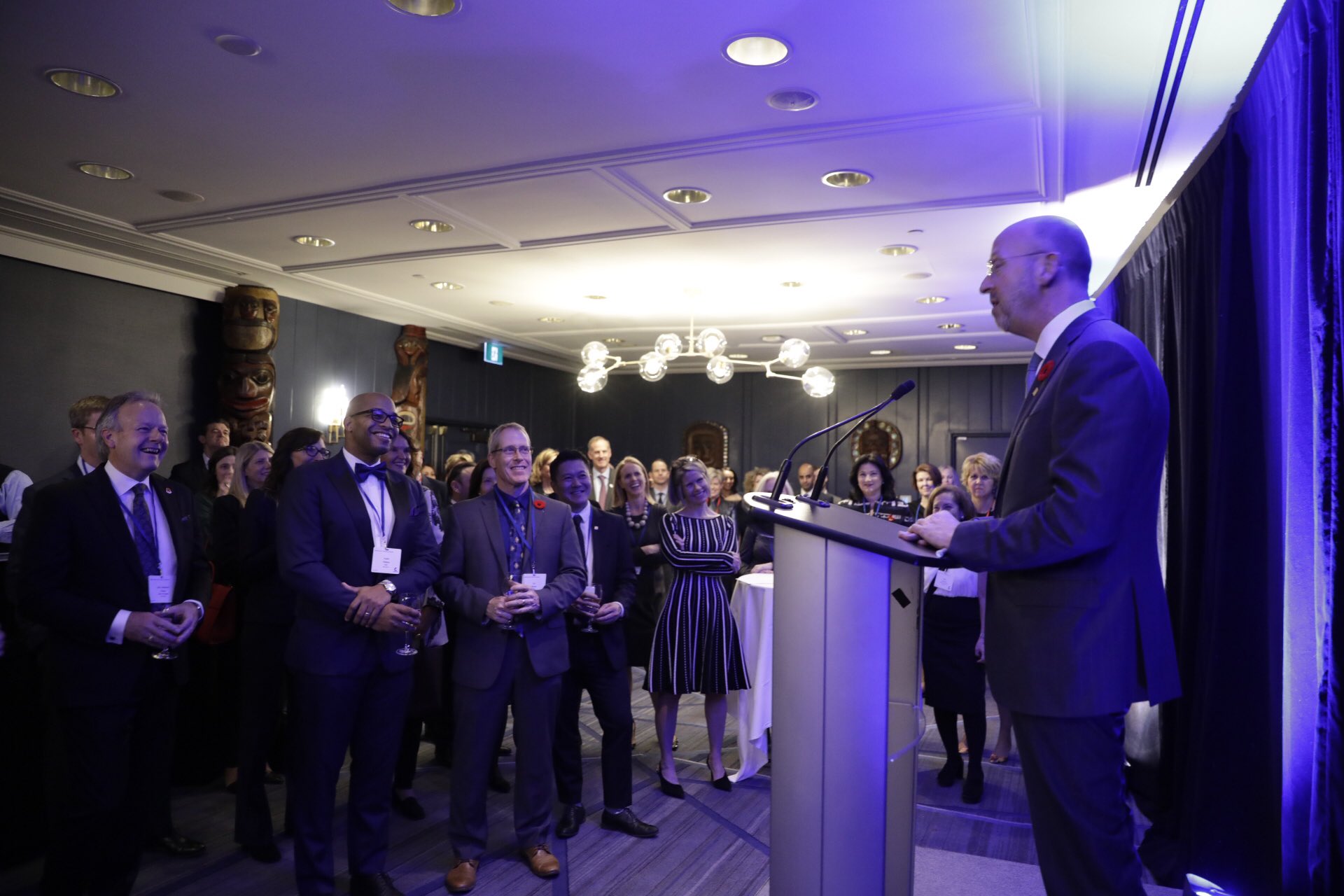 Victor G. Dodig, President & CEO of CIBC and Chair of the Catalyst Canada Advisory Board, at the 10-year anniversary reception. 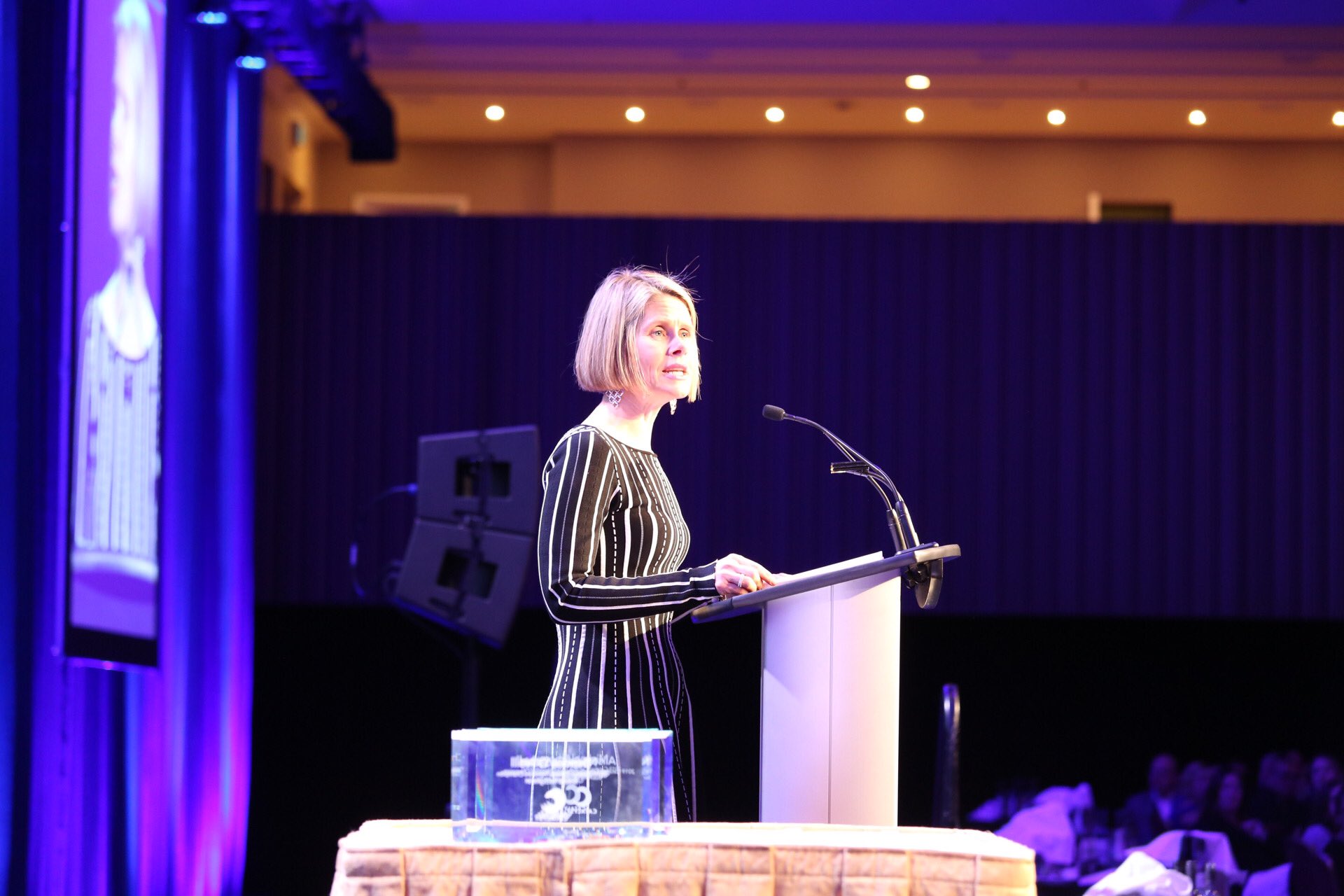 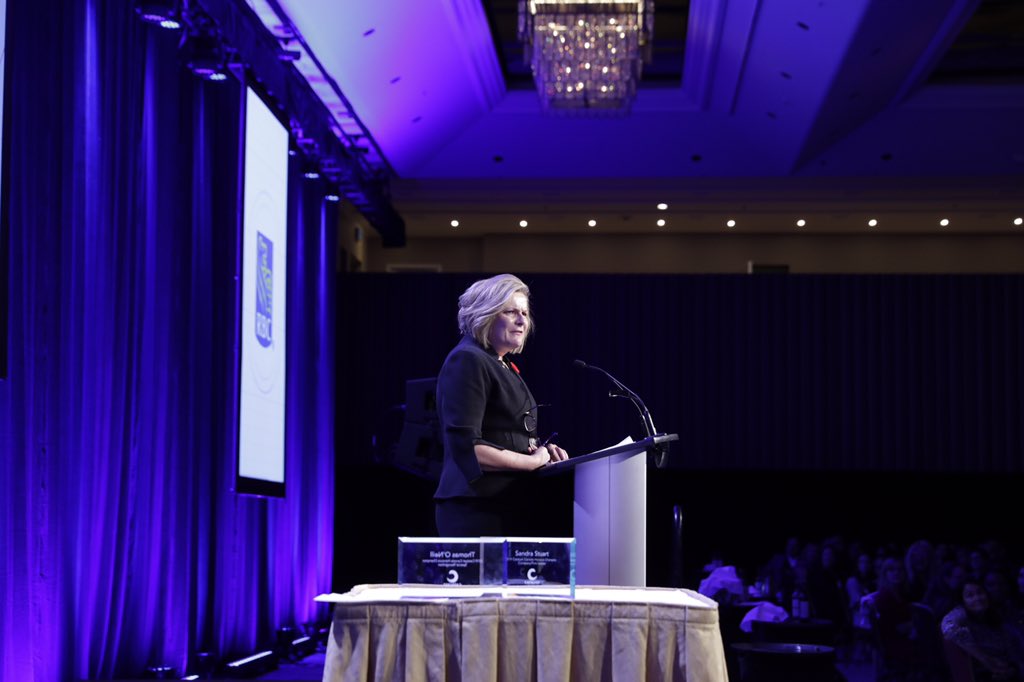 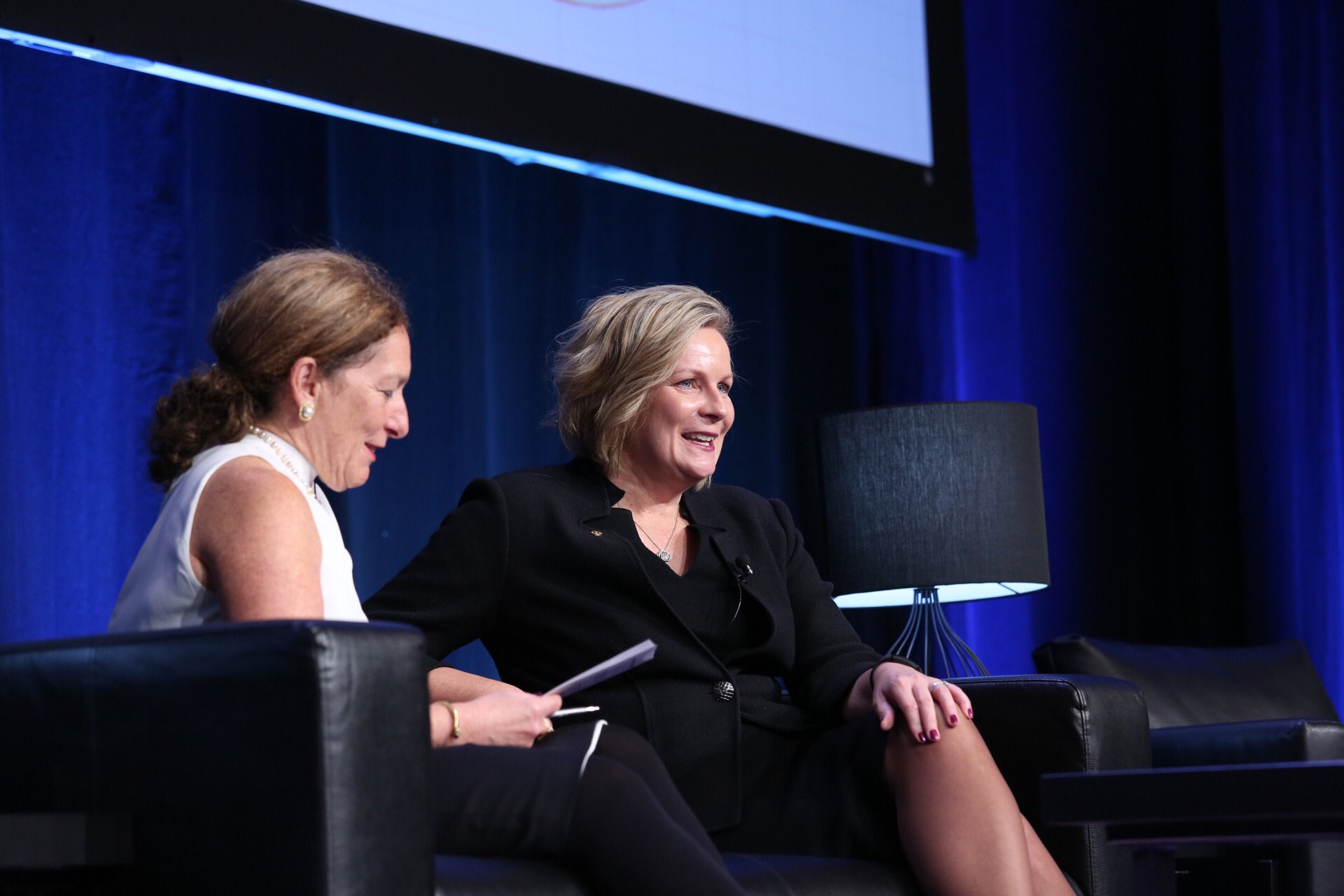 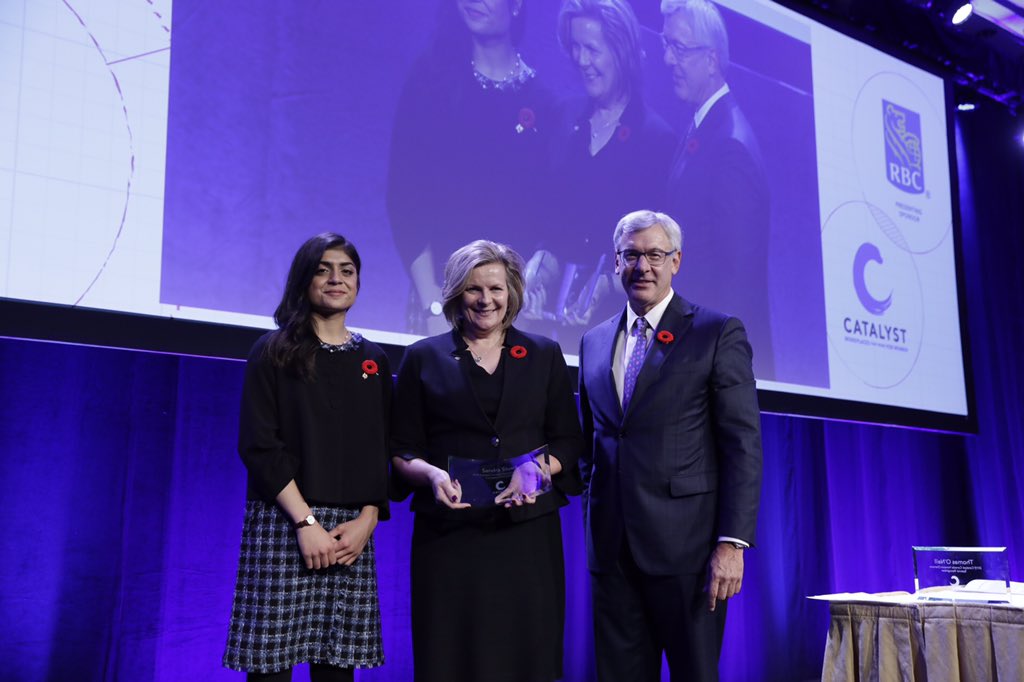 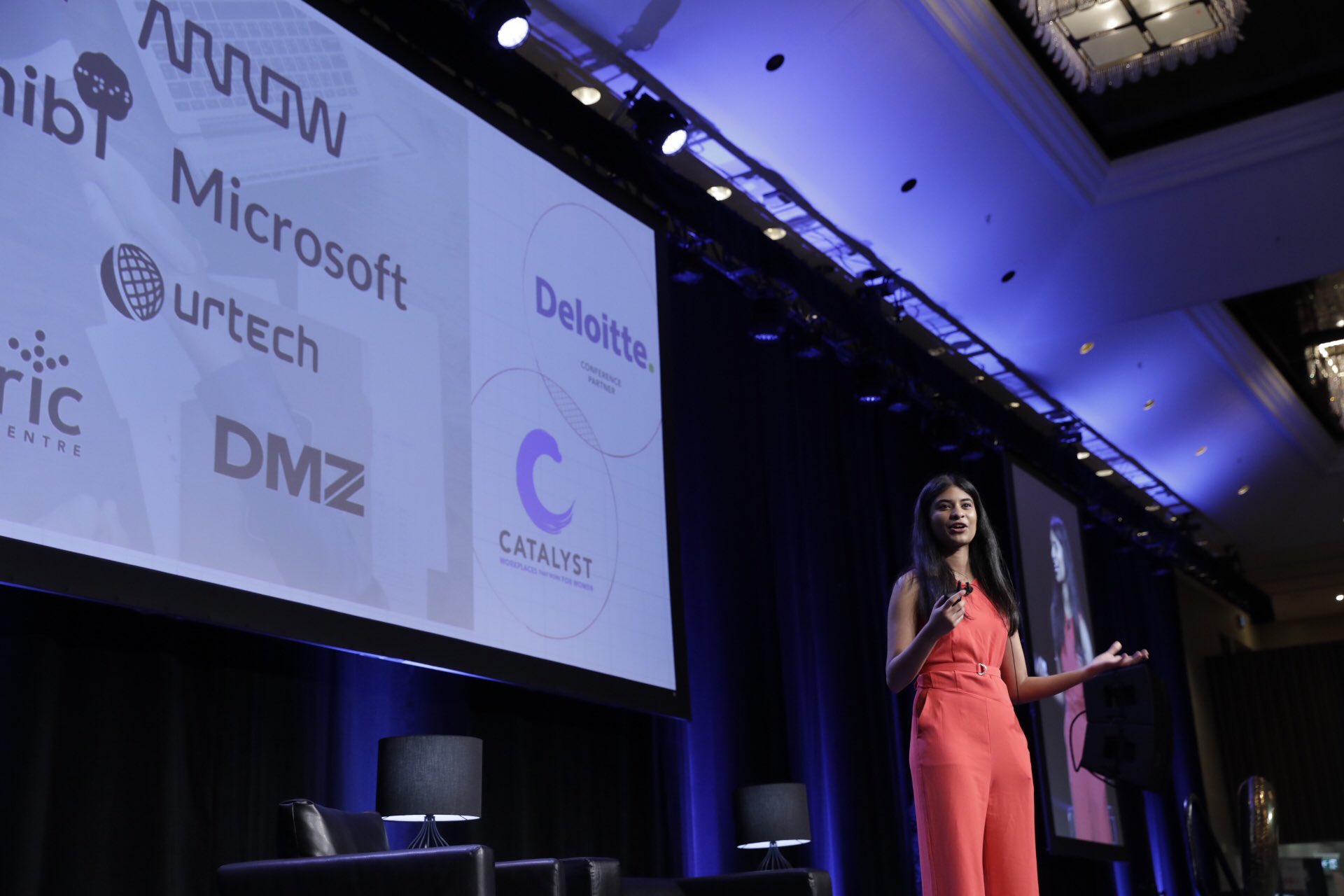 16-year-old Riya Karumanchi, Founder & CEO, SmartCane: "The future is just a vision. At the end of the day, it’s up to us to create it." 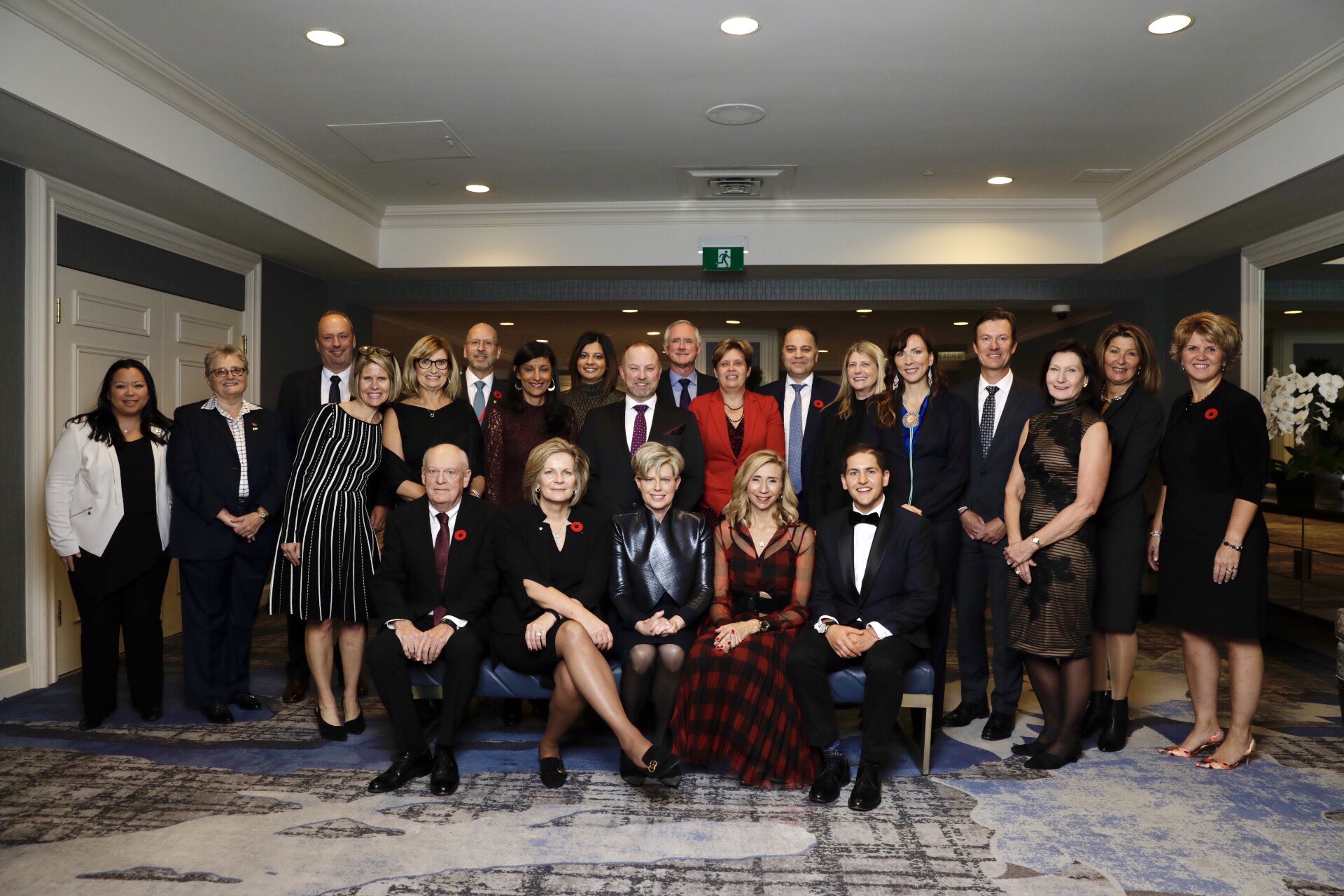 Current and previous Catalyst Canada Honours Champions gathered to celebrate the 10th anniversary of the award. 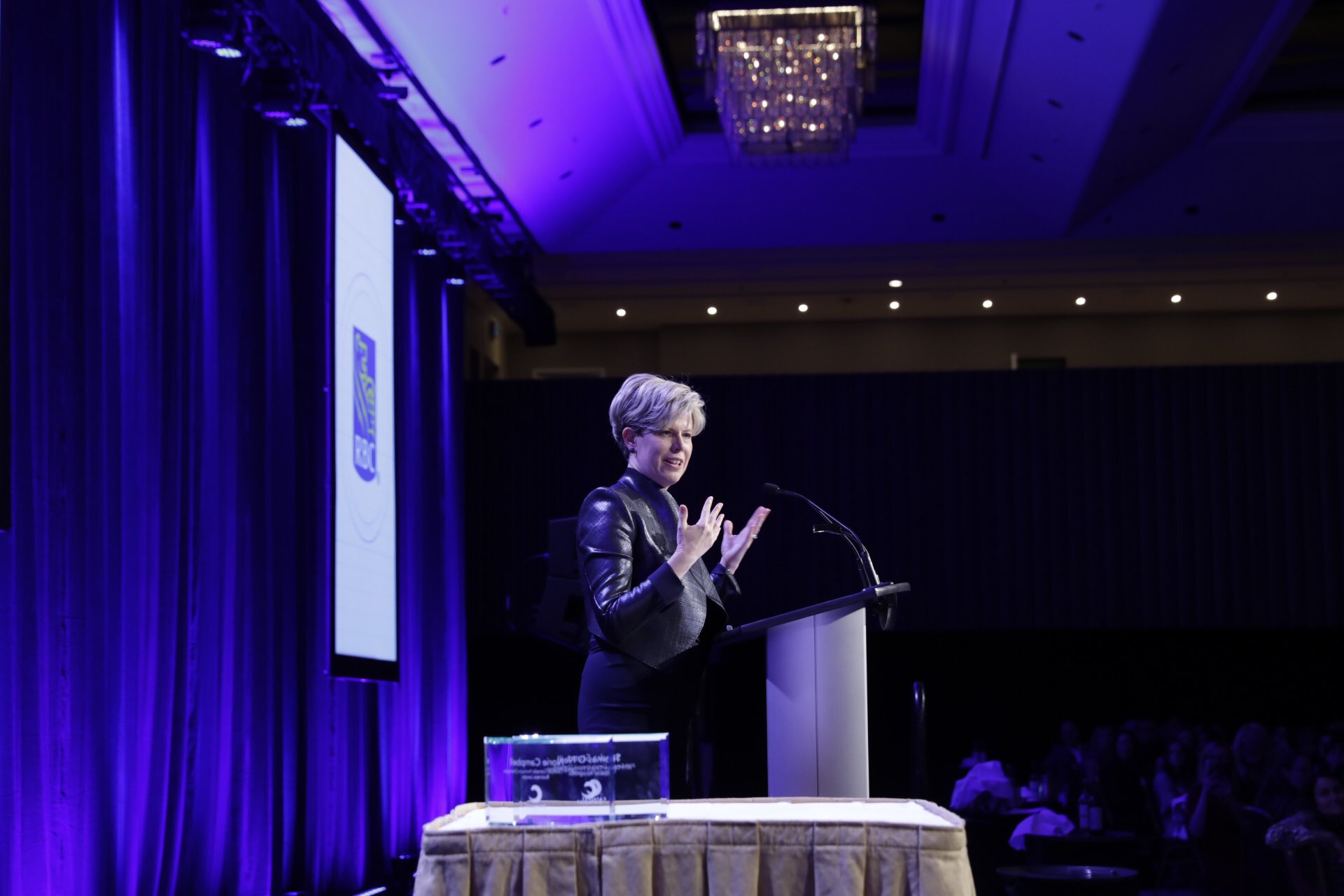 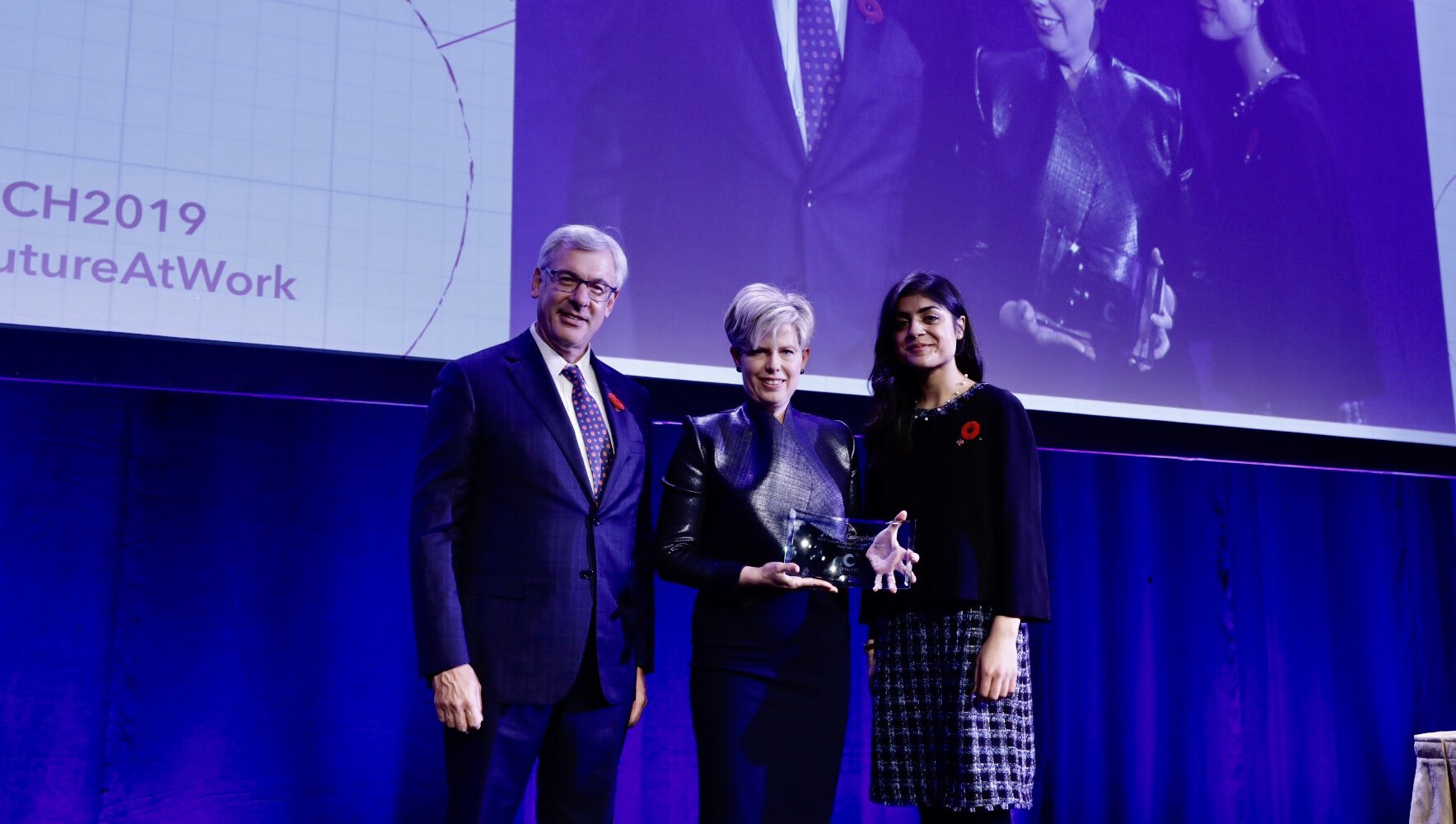 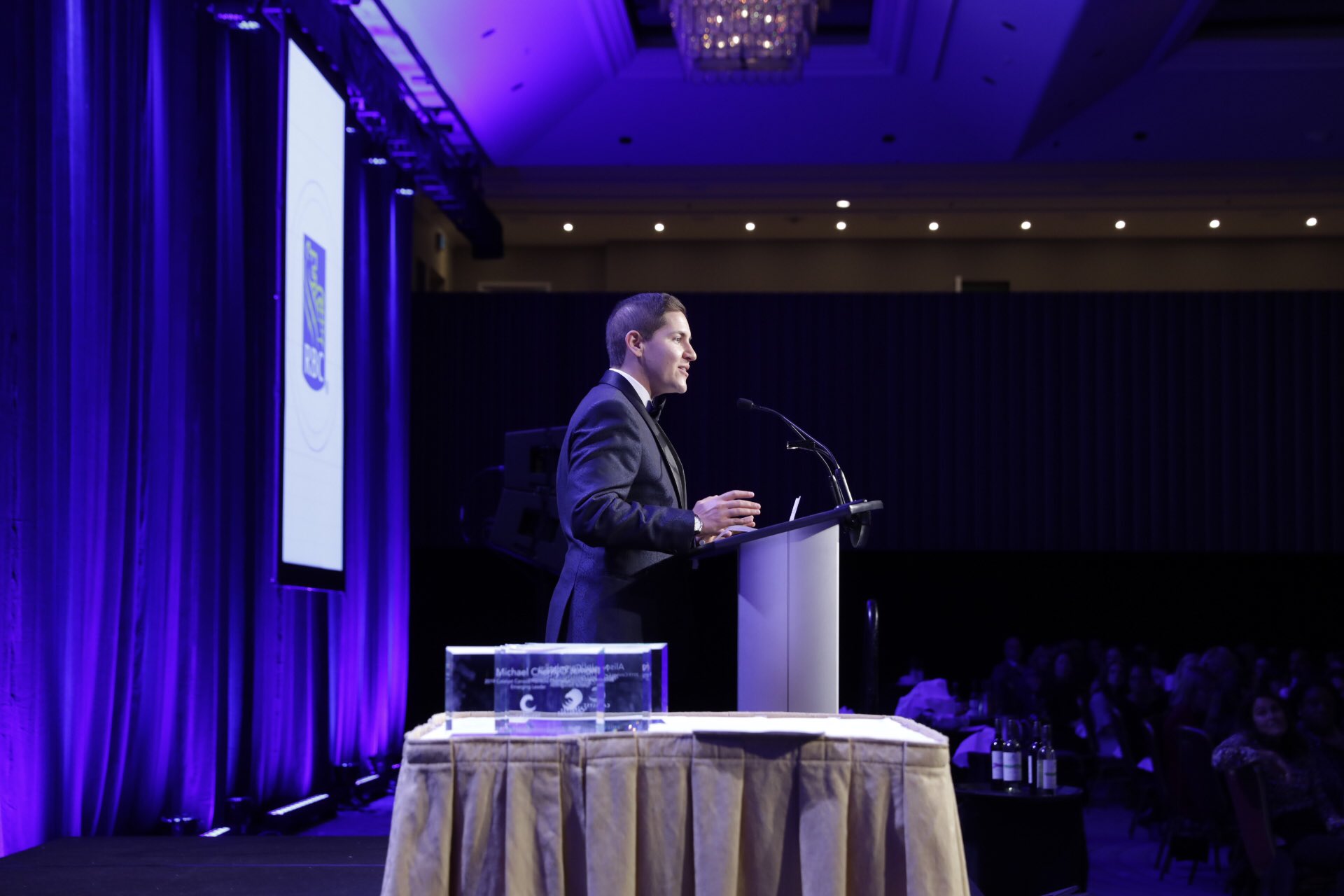 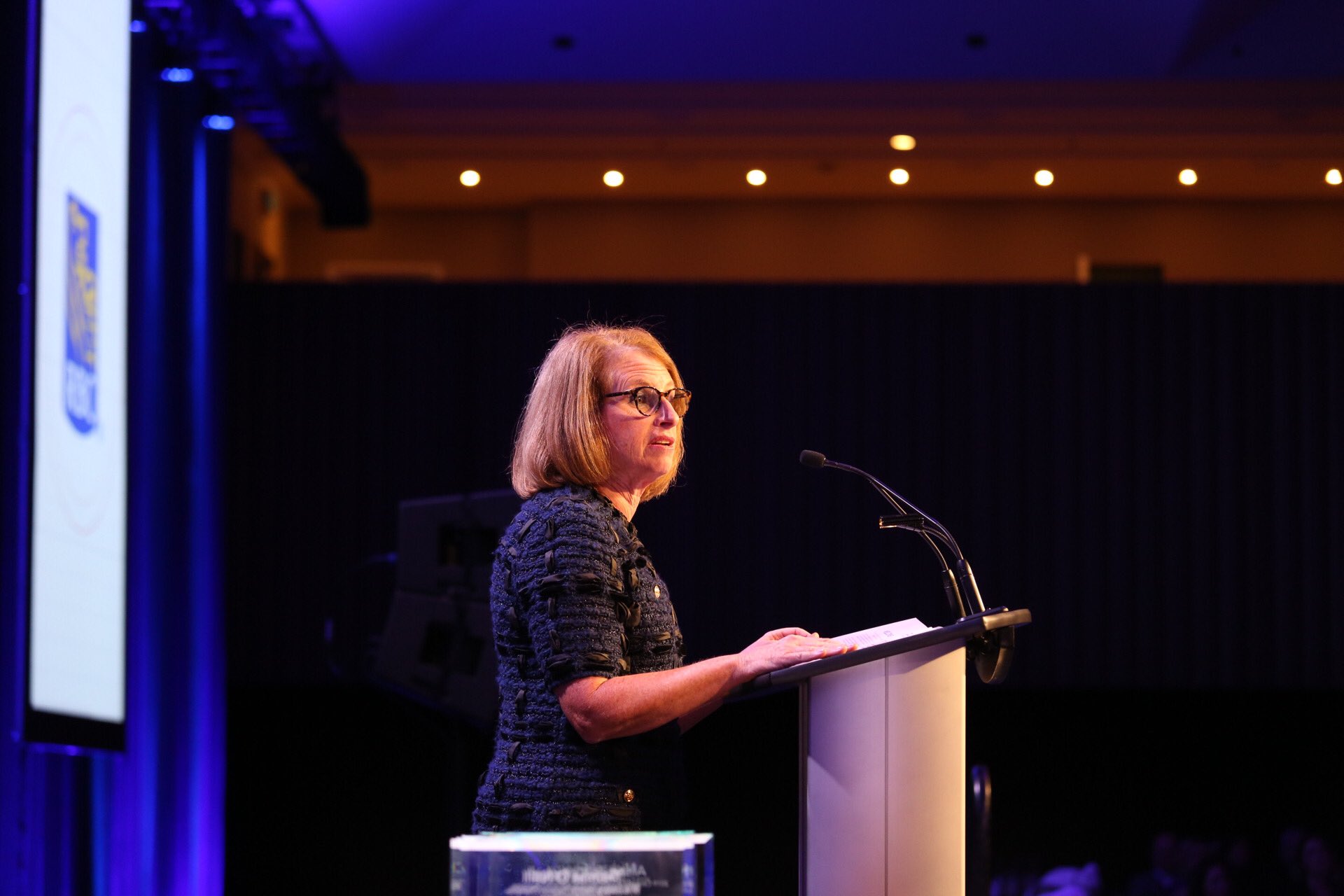 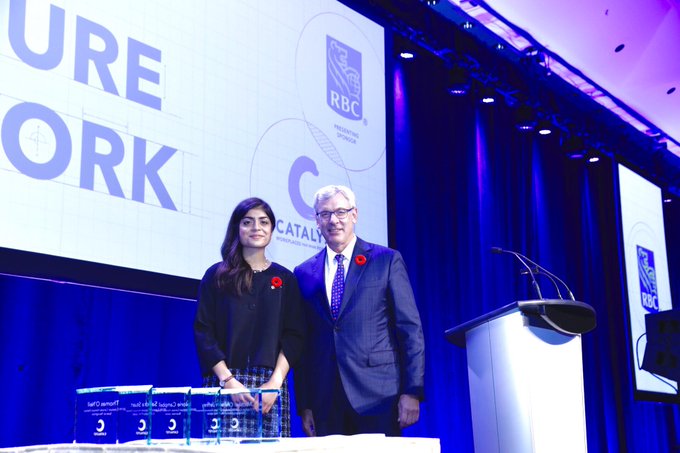 “We can’t advance our collective interests without advancing the interests of women. It starts by investing in and championing our young people.” —Dave McKay, President and CEO, RBC, alongside Plan Canada Youth Ambassador Aiza Ibid 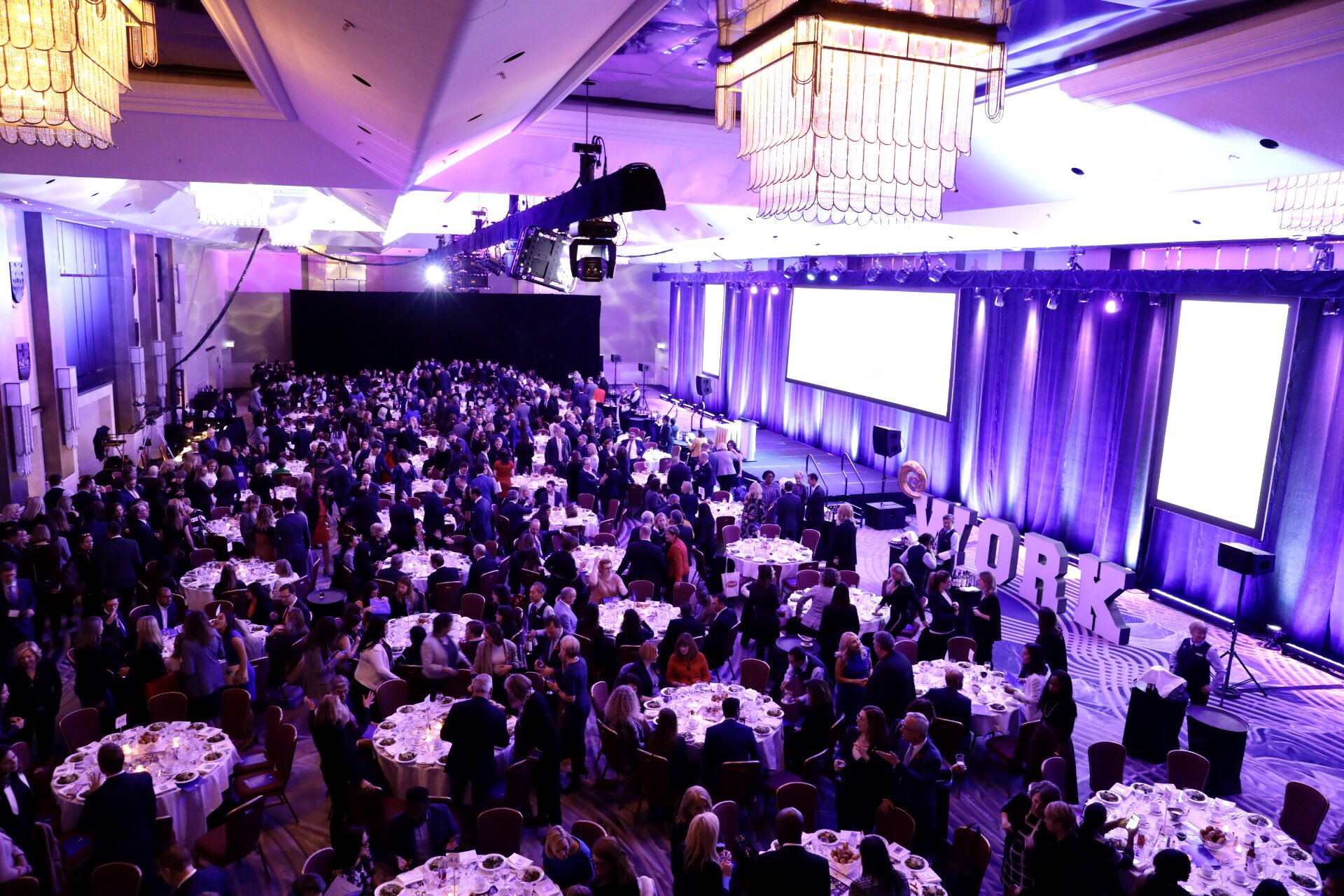 View from the ballroom balcony. 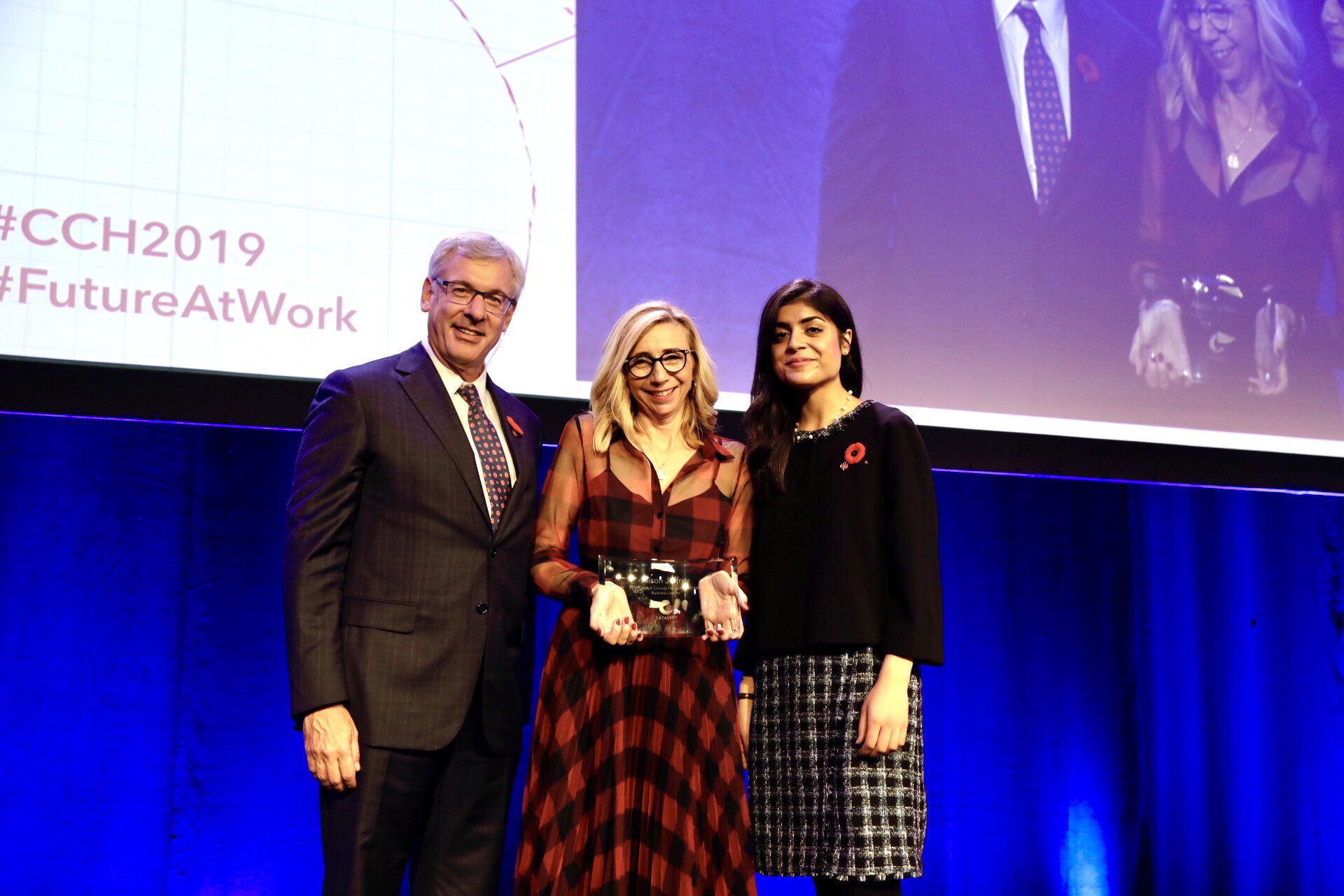 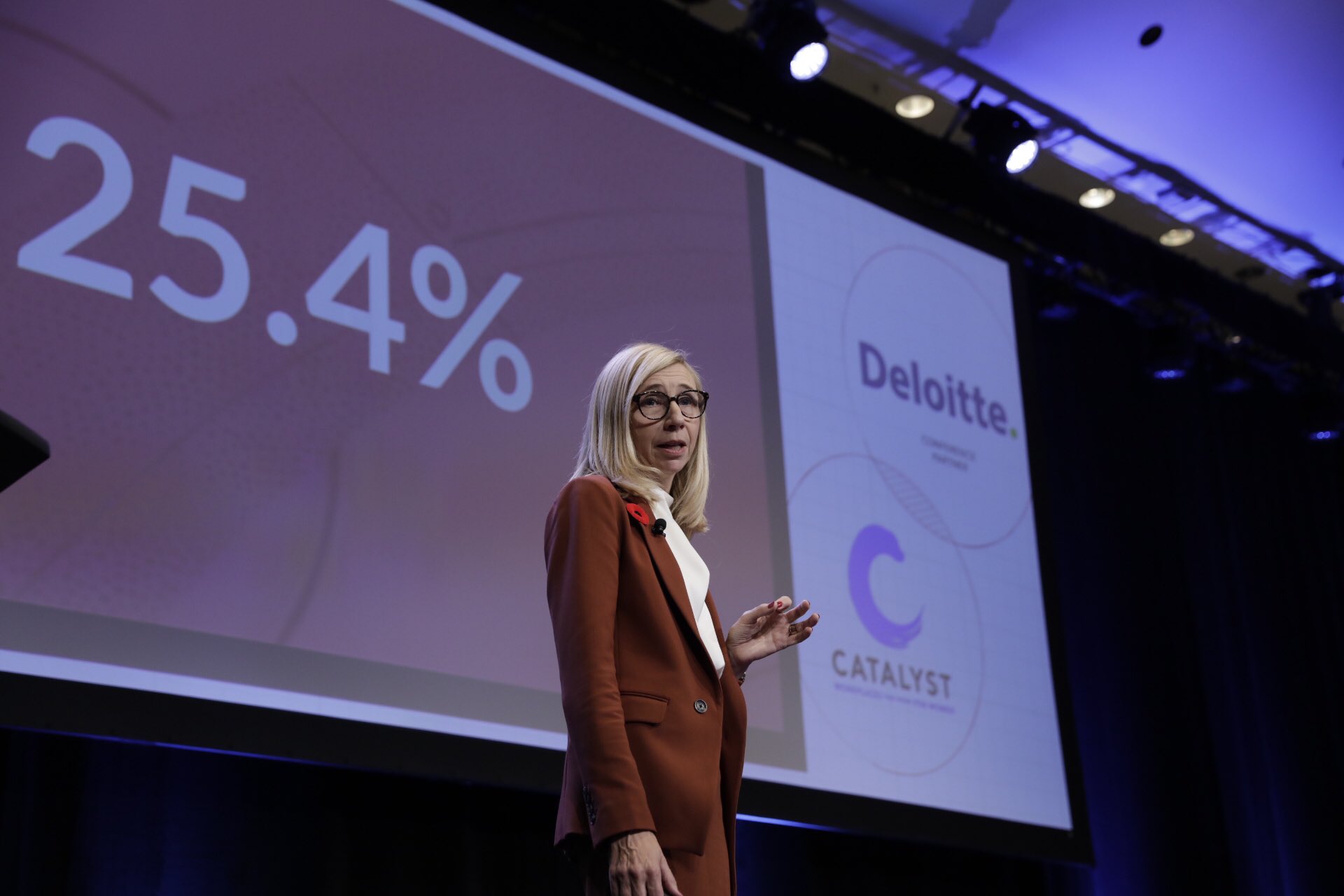 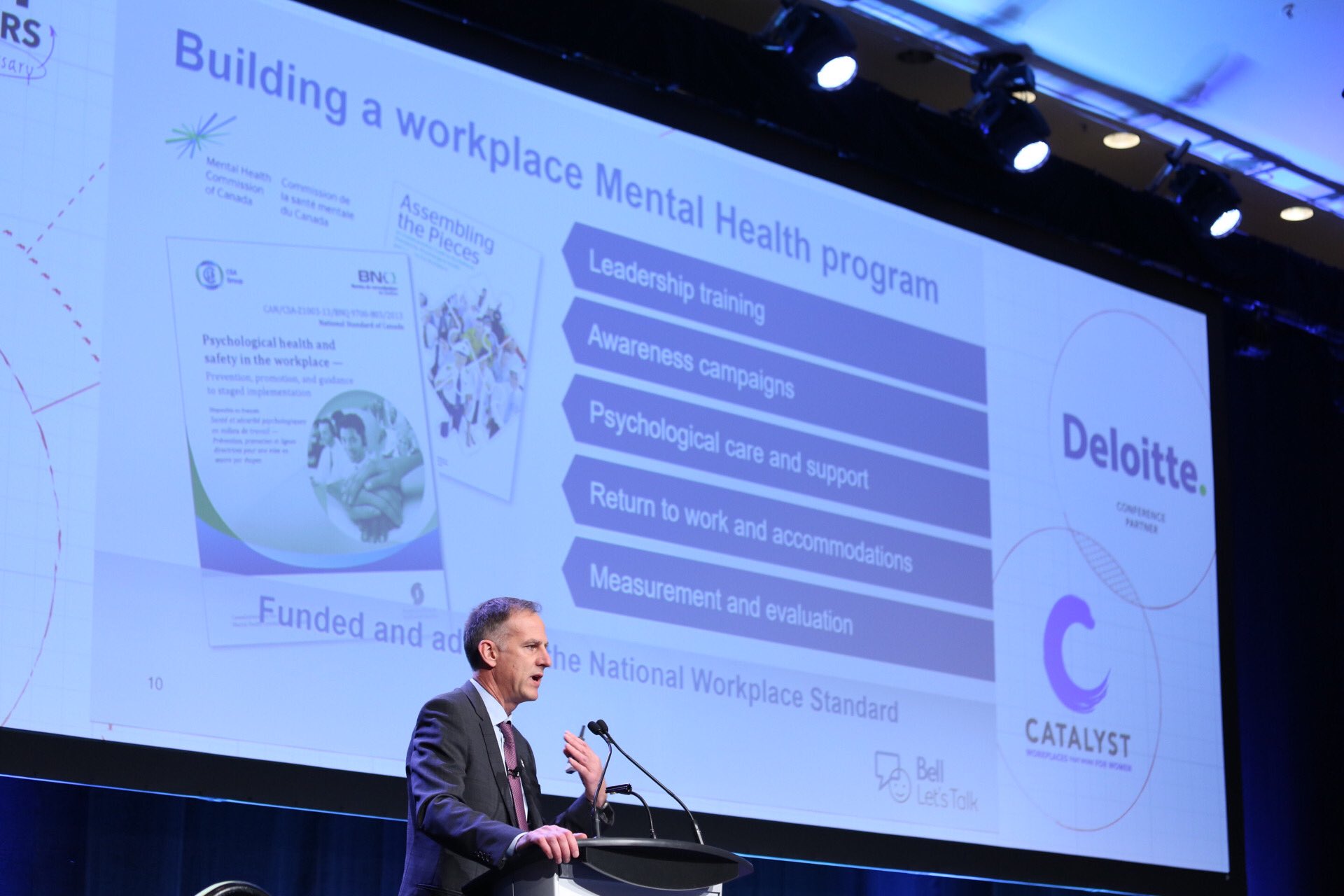 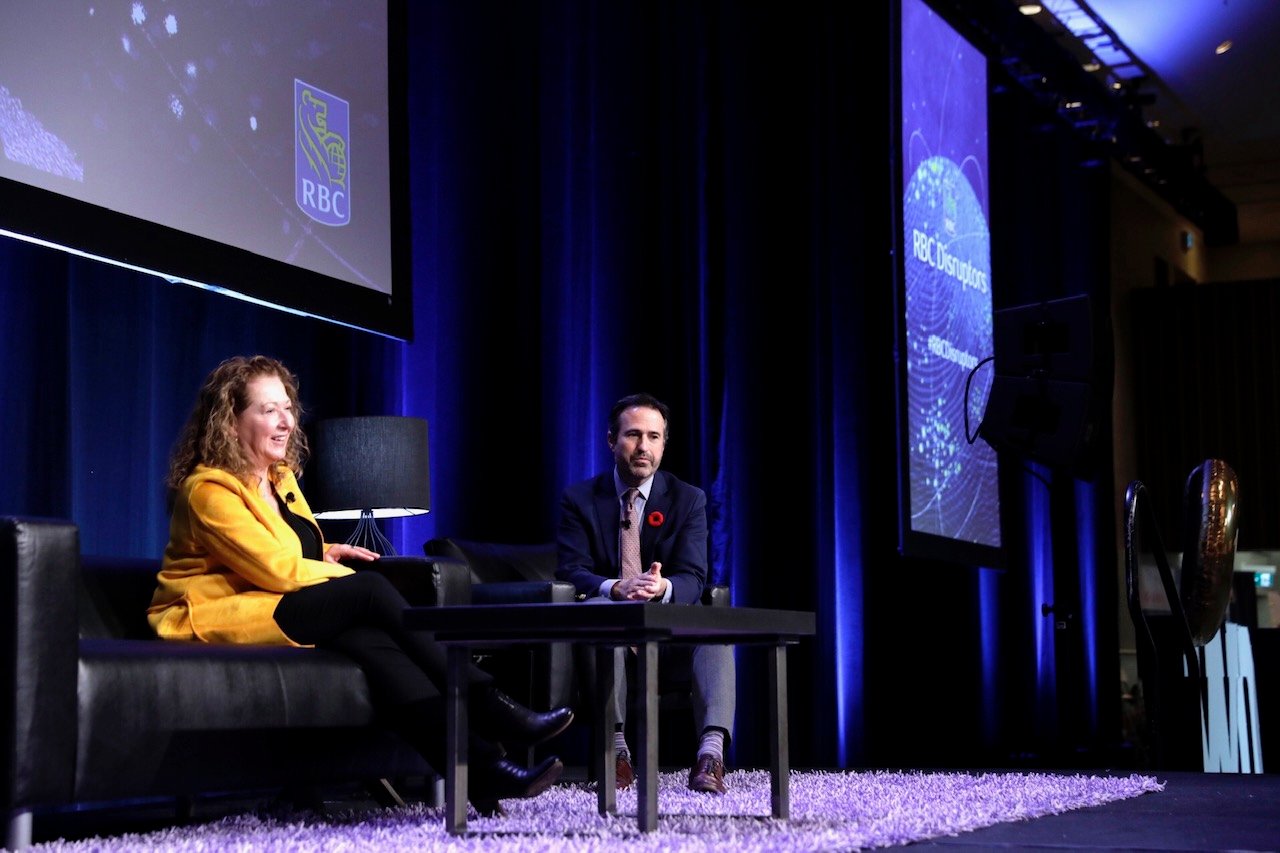 Want to attend the 2020 conference? Nominate a champion from your organization? Learn more here.

This Teenager Is Giving a Keynote at CCH Conference. Here's Why. (Blog Post)

This year, Catalyst Canada Honours features a keynote by the 16-year-old founder of Smart Cane. Here she explains her view of the future at work.