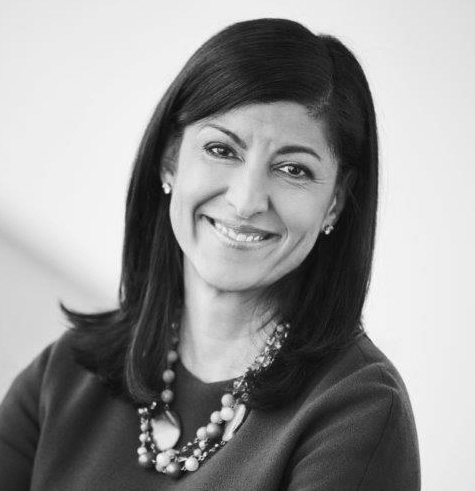 Zabeen Hirji passionately believes in the connection between the success of individuals and the success of organizations. As Chief Human Resources Officer at RBC, Ms. Hirji has applied this philosophy over more than 30 years with the company. She believes employees who truly feel included are much more likely to be strong contributors.

At RBC, she has championed diversity and inclusion as both a business imperative and as one of the company’s core values. It is now a critical part of RBC’s business strategies and culture and is integrated into the company’s talent management practices.

As a member of RBC’s Group Executive, Ms. Hirji is one of eight executives responsible for setting the overall strategic direction of RBC, and she has primary responsibility for developing and implementing the organization’s diversity and inclusion strategy. With ambitious publicly stated staffing goals for women and visible minorities appointed into executive and senior manager roles, RBC is a diversity leader in the Canadian business community and is increasingly being recognized as such in the US and UK. Ms. Hirji has also been influential in establishing a target of 25% representation of women on RBC’s Board of Directors—a target which RBC currently exceeds.

“It’s important to have the right corporate culture to ensure everyone can achieve their full potential and can fully contribute to the success of the organization. I was fortunate that the supportive culture at RBC enabled me to achieve success in both my personal and professional life. At RBC we are proud of our progress and achievements, but we also know this is a journey and there is still more to do.” —Zabeen Hirji

Ms. Hirji’s personal story is a reflection of Canada’s present and future. Born in Tanzania of South Asian descent, Ms. Hirji immigrated to Canada at age 14. With a strong mother as a role model, Ms. Hirji learned a take-charge approach to breaking down barriers. A highly sought-after speaker in the diversity and inclusion arena, she has been a fearless and vocal public advocate for the advancement of women and visible minorities since the 1990s.

Ms. Hirji’s accomplishments include the establishment in 2001 of a global RBC Diversity Leadership Council, which is chaired by the CEO and includes senior leaders as members. Under her tenure, the first RBC Diversity Blueprint was published in order to outline RBC’s priorities, goals, and organizational commitments publicly. Ms. Hirji, working with her team, ensures that strong talent management practices are adopted across RBC and drives change by incorporating diversity objectives throughout RBC’s talent management strategy, practices, and processes.

Ms. Hirji was also responsible for the creation of the Diversity Dialogues Reciprocal Mentoring Program, an innovative model that positions mentors and mentees as partners in learning about diversity, and pairs senior executives with mid-level women and visible minority employees to drive the point home. She engages in numerous formal and informal mentoring and sponsorship relationships.

Her community leadership includes serving as the Co-Chair of the Toronto Region Immigrant Employment Council, a member of the Governing Council for the University of Toronto, the Director of the Greater Toronto CivicAction Alliance, and a volunteer for the United Way.

Ms. Hirji was named a Fellow of Centennial College in 2005 in recognition of her international leadership in diversity, and Corporate Executive of the Year in 2010 by the Indo-Canada Chamber of Commerce. In 2011, she was named one of Women of Influence magazine’s Top 25 Women of Influence (Business category). In 2012, through the Women’s Executive Network, Ms. Hirji was inducted into Canada’s Most Powerful Women: Top 100 Hall of Fame, and in April of 2013 she was named one of the most Influential Women in Diversity and HR by Diversity Canada magazine.

A transformational leader who has made building a truly inclusive workplace her mission, Ms. Hirji explains, “Diversity is the mix. Inclusion is really putting that mix to work.”