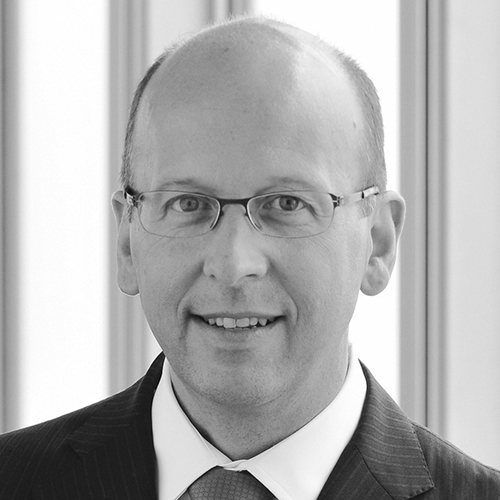 As the leader of one of Canada’s largest banks, Victor Dodig is ensuring that he is setting a clear tone from the top regarding diversity & inclusion (D&I). He is a strong believer in the importance of workplace diversity and the empowerment of all talent to be able to thrive and succeed. Upon becoming CEO in 2014, he launched a global D&I strategy focused on building gender-balanced leadership teams. He formed the CIBC Gender Action Committee, comprised of senior executives who help implement the strategy, and publicly disclosed a goal to achieve at least 30% women in executive roles by 2018 to bolster accountability for reaching that target.

Despite CIBC having achieved its 30% target in 2016, Mr. Dodig continues to hold his leadership team accountable by adding the D&I strategy to their performance scorecards, where they are responsible for creating action plans within their business units to address challenges and maintain a diverse talent pipeline. Combined with the initiation of unconscious bias training for all executives, Mr. Dodig is credited with having engaged more than 20 senior executive men to be committed gender diversity advocates at the bank.

Outside of CIBC, Mr. Dodig is a member of the Catalyst Canada Advisory Board as well as Chair of the 30% Club Canada. In his role as 30% Club Chair, he established an influential and well-respected advisory committee, helping to grow the 30% Club’s membership of CEOs and board chairs from 35 to over 150 organizations and building partnerships with the 30% Club in the United Kingdom, United States, and Hong Kong, as well as with Catalyst.

Mr. Dodig is using his influence on CIBC’s own board to increase women’s representation. Women currently represent 37.5% of CIBC’s Board of Directors (six of 16), up more than 10% from 2014. In addition, three out of four of the board’s standing committees are chaired by women.

Mr. Dodig set out to establish the CIBC Gender Action Committee early on in his tenure, signaling the importance of gender diversity for him as CEO. He identified influential senior leaders to serve on the committee while also ensuring that it was gender-balanced. A major aspect of the committee’s work was to move the banks D&I conversations from “why” to “how,” getting beyond the business case and using the bank’s workforce data to develop a strategy to drive sustainable change.

Thanks to the Gender Action Committee’s work, D&I has become part of CIBC’s broader business strategy. It is through this dynamic that Mr. Dodig is able to hold his senior leadership team accountable for following through on the bank’s D&I strategy and developing inclusive leaders at CIBC in the process.

Inclusive Leadership Through Empowerment and Accountability

A mentor and sponsor to many women and men at CIBC, Mr. Dodig also launched a sponsorship challenge at the bank within several business units to push and encourage other leaders to sponsor women. He is also a strong supporter of Catalyst’s Men Advocating Real Change (MARC) Leaders program, and CIBC was the first Canadian organization to host it. The program enabled many male leaders to become more effective leaders by helping to sharpen their awareness of inequalities and biases while also honing their inclusive leadership skills.

Mr. Dodig regularly reviews his leadership team’s progress with them as it compares to the bank’s overall D&I strategy. In this way, he provides ownership of D&I efforts to his direct reports while also giving them the autonomy to meet their goals in their own way.

Victor Dodig was named President and CEO of the CIBC group of companies, one of North America’s largest financial services institutions, in September 2014. He has more than 20 years of extensive business and banking experience, having led CIBC’s Wealth Management, Asset Management, and Retail Banking businesses. He also led several businesses with UBS and Merrill Lynch in Canada and internationally and was a management consultant with McKinsey & Company. In addition to serving on CIBC’s Board of Directors, Mr. Dodig also serves on the board of the C.D. Howe Institute and ROM Board of Governors. He is a vocal advocate for gender diversity in the workplace and actively supports the advancement of talented women to executive roles and on boards as founding Chair of the 30% Club Canada and as a Catalyst Canada Advisory Board member. He is also an active community member, most recently serving as Co-chair of the St. Joseph’s Health Centre Foundation’s Promise Campaign.

Mr. Dodig is a past recipient of Canada’s Top 40 Under 40™ award. He is a graduate of the Harvard Business School, where he earned an MBA and was recognized as a Baker Scholar. He holds a Diploma from the Institut d’études politiques in Paris and completed his undergraduate studies at the University of Toronto (St. Michael’s College) in Commerce. He resides in Toronto with his wife, Maureen, and their four teenage children.