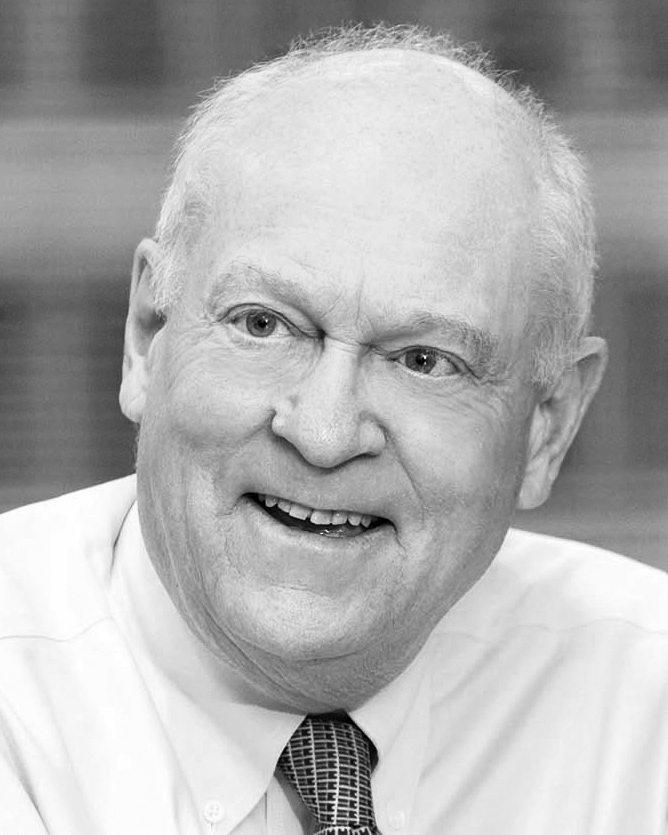 Thomas O’Neill passed away on April 3, 2020. Tom had an enormous impact on the lives and careers of many women in corporate Canada. He had an impressive career, which included serving as CEO and Chair of the Board of then-Price Waterhouse, COO of PricewaterhouseCoopers (PWC) LLP Global, and CEO of PricewaterhouseCoopers LLP, Canada. He also had extensive corporate board involvement, including as Chair of both BCE and Scotiabank. Over the course of his career, Tom mentored, sponsored, and coached many talented women he encountered along the way.

Tom used his position on the corporate boards on which he served to advocate for an increase in the representation of women. Today, the boards of two of those companies, Scotiabank and Loblaws, comprise approximately 40% women—well above the 16.4% average of TSX-listed companies.

Throughout his career, when Tom saw talent, he took notice and invested in that individual’s development and success by taking on the role of their sponsor. In so doing, he presented opportunities, provided visibility among senior leadership, and generally advocated for that person. Tom saw the success of the accomplished people he sponsored as an investment in their future and an organizational imperative, to ensure the retention of top talent. The women whom he sponsored over the years have gone on to become CEOs, esteemed corporate directors, and C-suite executives, as well as leaders in nonprofit organizations, academia, and more. To say he had an impact on the Canadian corporate landscape would be an understatement.

At PWC, Tom noticed the firm was losing women as they progressed further into their careers. These numbers told him that the company’s policies needed updating to ensure they were keeping the best talent and remaining competitive.

He saw a need, and he took action.

In the 1980s, he began by updating the firm’s policy for reimbursing partners for club membership dues, stating that clubs that did not allow women would no longer be covered. He went on to update the firm’s expense rules to include additional reimbursement options for childcare. This change gave parents the flexibility to participate in career development or networking opportunities that fell outside a typical workday. In the 1990s the firm expanded its inclusive practices by looking at career progression, particularly that of women. The goal was to make the firm a great place for all individuals.

On a more individual level, Tom took notice of the added stress women and parents were experiencing as they tried to manage their work and life commitments. While at PWC, long before flexible work arrangements were offered, Tom helped develop a reduced workweek policy for partners, making PWC the first big Canadian accounting firm to do so.

Tom’s actions over the course of his career were a testament to the idea that one individual can have a lasting effect on the lives of many. His protégés have described him as their “quiet warrior,” who, while always exemplifying humility, didn’t hesitate to empower them throughout their careers. They knew he was always in their corner, offering advice and advocating for them when a career development opportunity arose.

Research shows that men are often promoted on potential, whereas women receive promotions based on proven performance. Tom saw these women’s potential and their talent and advocated for them. In 2019, more than 30 of the women he sponsored over the course of his career came together to celebrate him, recognizing the lasting impact he had on their careers.

In 2013 he received the ICAO Award of Outstanding Merit, CPA Ontario’s highest honour, which recognized his contributions to both the profession and the community. In 2018 Tom received the Peter Dey Governance Achievement Award in recognition of his outstanding and ongoing achievement in the area of corporate governance.