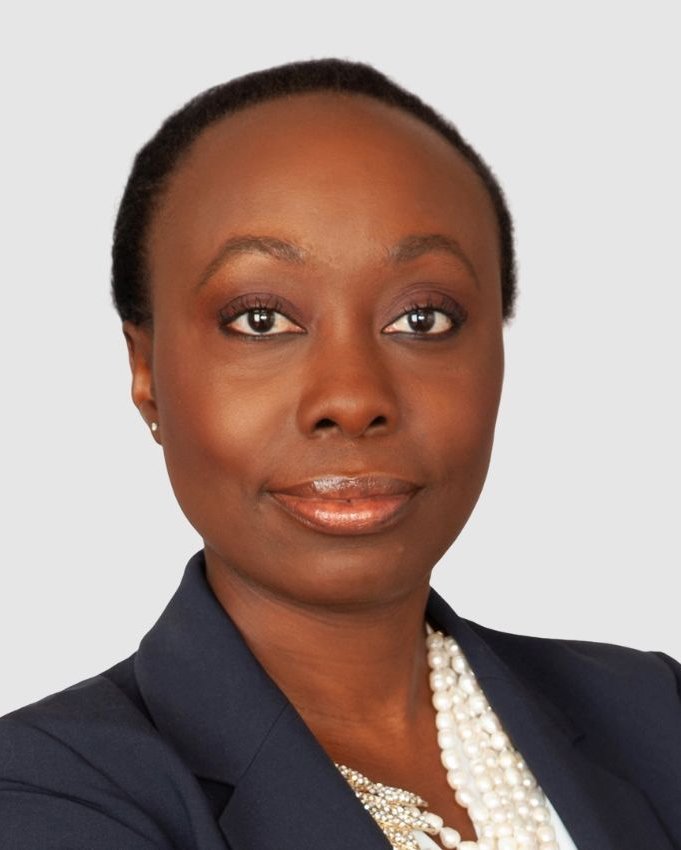 Since joining Scotiabank’s Global Banking and Markets division, Swanzy has worked to promote and support the Bank’s culture of diversity, equity, and inclusion by being a strong advocate and role model for women and people of colour in her division, across the Bank, and with the Bank’s clients.

Originally from Ghana, Swanzy moved to Edmonton in the mid-1980s after her father received a scholarship to complete a PhD program there. Her family later moved to Papua New Guinea, where she spent most of her formative years in a country that at the time had few people of African descent. She returned to Canada in 1997 to attend the University of Newfoundland with her twin sister. Her experiences of being one of only a handful of Black people in her school, at university, and in her finance program helped drive her desire to give back.

In 2012, Swanzy achieved her goal of becoming a portfolio manager, and since then has dedicated time and energy to helping other women and people of colour find their way to Bay Street. Knowing firsthand the important role sponsors and mentors play in opening doors for career development, Swanzy looks to pay it forward at any chance she can. She does this through media appearances, mentorships, speaking engagements, and creating connections.

Swanzy has been profiled by Women of Influence and featured on panels and presentations for the Canadian Association of Urban Financial Professions, Women in Capital Markets, and the Black North Initiative.

Swanzy also gives back as a mentor. She has mentored several candidates with Scotiabank’s Global Banking and Markets Co-op Internship and rotational programs, where she encourages women to pursue opportunities in areas of the Bank traditionally dominated by men. She is also a member of a team of mentors for her former university’s investment fund, advising students considering a career in capital markets. She has worked with Women in Capital Markets as a mentor during her time with Scotiabank and was featured on a panel on professional branding and networking. Swanzy focuses her mentoring time on women and foreign students, thinking back to her own experiences.

Swanzy has also opened doors by connecting talented individuals with hiring managers in their desired fields. In many cases these connections have resulted in an excellent placement followed by a successful career.

Swanzy is a strong advocate for diverse voices, and actively seeks varied perspectives from colleagues and other teams and business leaders. Since joining Scotiabank, Swanzy has supported the Bank’s Black History Month initiatives, and participated in a Scotiabank panel to discuss her experience in the workplace as a woman, immigrant, and adoptive parent.

Swanzy is a member of Scotiabank’s Black Employee Network (SBEN). In this role she hosted a panel on intersectionality of race and gender in the workplace for colleagues and human resources. She has also helped to build awareness for SBEN and increased employee membership in this group.

Actions You Can Take

Swanzy is a CFA charter holder with over 18 years of capital markets experience. She joined Scotiabank Global Banking and Markets as a Director, Energy Sales Specialist with the Global Equity group in 2018. In this role she is responsible for delivering Scotiabank’s Canadian and US energy research and ideas to institutional clients. Prior to joining Scotiabank, Swanzy worked as a portfolio manager focused on oil and gas mandates at a leading Canadian independent investment firm where she gained over 10 years of oil and gas research, analysis, and portfolio management experience. Her specialties in the oil and gas space include large-, mid-, and small-cap exploration and production, oilfield services, and energy infrastructure. In addition to her roles on the sell-side and buy-side, Swanzy also has experience in manager research, multi-manager portfolio construction and analytics, and the retail investment arena. She holds a Bachelor of Commerce degree from Memorial University of Newfoundland.