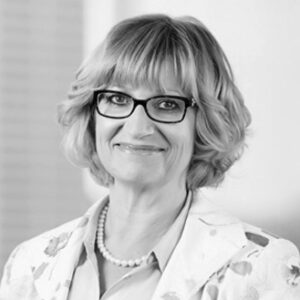 Susan Allen is recognized by her PwC colleagues from coast to coast as dedicated to diversity and equality in business, and demonstrates her commitment at every opportunity. She has sponsored high-potential women and diverse individuals, and encouraged other leaders to mentor and sponsor them as well. As a result, many of her protéges have gained visibility and become positioned for career success. Due in large part to Ms. Allen’s passion and drive, diversity at PwC Canada has been transformed from a human capital issue to a business imperative.

“I am truly honored to be recognized by Catalyst—an organization that I admire and respect for its dedication to advancing opportunities for women in Corporate Canada and beyond. I wish to share this recognition with the many other leaders and partners at PwC—including my fellow female partners, whom I consider to be outstanding role models for our staff, and our  male partner champions, who actively voice  their personal support and connections to the business case for diversity and inclusion. I am continually inspired by our Global CEO and our Network Leaders who recognize that our progress is far too slow and that true change only happens when we hold ourselves and each other accountable for the daily support and sponsorship of our women.”
—Susan Allen

As chair of PwC Canada’s Women in Leadership/Retention of Women effort from 2008 to 2011, Ms. Allen identified a gender gap at the partnership level and focused her efforts on a national strategy to promote diversity. Among her many accomplishments, she refined performance reviews to include a “gender lens” that has increased awareness of and reduced unconscious biases in the firm’s performance management process. In addition, she augmented the firm’s formal mentoring program, and took it, along with a facilitation program for working parents, from local pilot projects to national, fully embedded programs. She also launched a Canadian maternity transition program and initiated an executive sponsorship program.

Beyond these accomplishments, Ms. Allen recognized the necessary role of male leaders as advocates for change. She used her influence and reputation as a business leader to establish a network of over 30 male partners to champion diversity at PwC Canada. These men were coached to lead discussions with partner peers of both genders about the importance of inclusion in the workplace.

In 2005, Ms. Allen was voted to the firm’s Canadian board by her fellow partners, and served in this capacity for eight years. In 2009, she was the first woman elected by worldwide partner peers to the firm’s Global Board, which is responsible for the overall governance of the global network of PwC firms. In this role, and as a founding member of PwC’s Global Diversity and Inclusion Council, she has worked to advance diversity at an international level.

Since joining PwC in 1981, Ms. Allen (FCPA, FCA, CPA(IL)(CA)) has actively sought different roles, experiences, and locations, including a secondment in San Jose, California, during the Internet boom, and a secondment in learning and development. She has served in many different leadership roles and is currently on global assignment as International Team Leader, Global Assurance Quality Review.

Ms. Allen takes every opportunity to advance the business case for equality and fosters the development of the next generation in the workplace. She is truly an inspirational leader and role model.