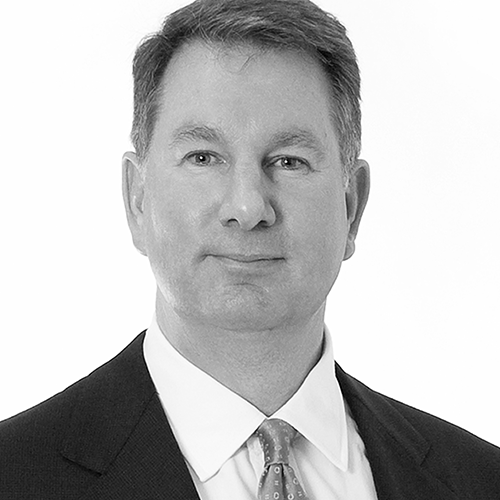 As the General Counsel for BMO Financial Group, Simon Fish has led the bank’s five-year enterprise strategy to increase the diversity of the workforce at all levels. The program has shown strong results to date. Simon has built a diverse team of more than 650 legal and compliance professionals across North America, Europe, and Asia. More than 45% of the women on this team are in senior leadership roles.

Simon does not shy away from speaking frankly about why diversity and inclusion (D&I) are important to him. Raised in South Africa, he was the child of an active opponent of apartheid.  This experience helped lay the foundation for his values and perspectives, which are rooted in integrity and empathy. Simon is an approachable and compassionate leader. An active listener, he takes an interest in getting to know others and encouraging them to learn from their differences.

Simon has been the guiding force behind BMO’s D&I efforts. As the Executive Diversity Champion and Co-Chair of the Leadership Committee for Inclusion and Diversity, he’s helped set ambitious goals for the bank’s strategy. BMO has seen significant progress in its workforce representation data between 2012 and 2018. Specifically, visible minority representation at the bank has risen from 20% to 30.2%. Representation of persons with disabilities has increased from 2.2% to 3.8%. The percentage of all women at BMO in senior positions has also increased from 35.6% to 39.9%.

Simon’s influence extends beyond BMO to the larger legal community. He’s a founding member of the Legal Leaders for Diversity, a group of more than 120 General Counsels from across Canada committed to creating a more inclusive legal profession and workplaces. Simon helped organize a partnership between BMO and Bora Laskin Faculty of Law at Lakehead University that provides scholarships and internships to diverse participants. The successful effort has expanded to include partnerships with Lakehead directly as well as with Blakes and Gowling WLG law firms. Through the program, Indigenous law students have access to internships, mentoring, and a host of other career development opportunities.

Simon’s team has also partnered with Dentons law firm on the Law in Action Within Schools Mentoring Program. This program provides academic support and activities to secondary school students who face barriers to academic success. Seventy-three percent of participating students have gone on to attend college or university.

Simon has driven change at all levels at BMO. He worked closely with BMO’s Chairman of the Board to create a Board Diversity Policy, which was the first of its kind publicly disclosed in Canada. BMO has seen the representation of women independent directors increase from 20% to 41.64% since Simon joined the bank in 2008.

Simon and his team have also impacted the larger community through the creation of other programs:

Simon is an approachable and empathetic leader. He has mentored and sponsored many women and diverse individuals throughout his career, and he understands the importance of providing stretch assignments. He actively looks to give his protégés the visibility essential for advancement and empowers them to assume these roles. He does this by providing them with the confidence they need to take on these assignments, and they know he will be there to provide the support and air cover they need to be successful.

Simon is generous and happy to give credit where credit is due—he is quick to let someone else be the face of an issue, publicly promoting us, which creates opportunities to grow and develop. On the flipside, he also provides a soft space to land if we misstep which also contributes to growth.
—Ula Ubani, Chief Ethics Officer
BMO Financial Group

Simon holds himself accountable for the success of people on his team and the programs they undertake. He has the Diversity Council report their progress to him quarterly, and with his leadership, the team has become a highly visible influencer at the bank and in the greater legal community.

Simon Fish is the General Counsel for BMO Financial Group. In this role, he is responsible for the legal affairs of the bank, which includes compliance, corporate security, and corporate secretarial functions. In addition, Simon oversees the bank’s ethics and privacy, ombudsman, and corporate sustainability functions. He also serves as counsel to the office of the Chairman and the Board of Directors and is a member of the bank’s Executive Management Committee.