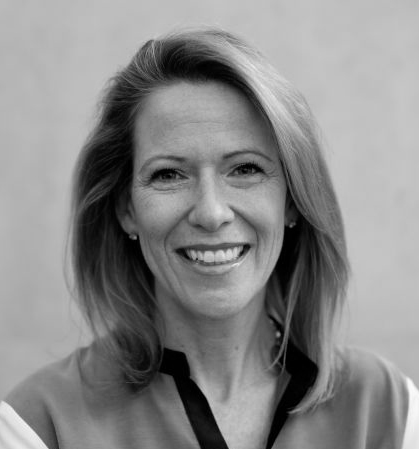 Growing up on a farm with three older brothers, Sharon MacLeod was expected to “do everything the boys did.” There were no boys’ tasks or girls’ tasks, just work that needed to be done. Having been raised with these values, it was eye-opening when she walked into her first meeting as a director at Unilever to discover she was the only woman in the room. She recalls this moment as a defining one which motivated her to become a champion for women’s advancement at Unilever and beyond. Ms. MacLeod has been credited by many with being an “engine for change,” vigorously supporting the growth and promoting the importance of a diverse and inclusive workplace.

As a Unilever Global Diversity Champion, Ms. MacLeod works on diversity programs with colleagues around the world and has taken a leadership role in shaping the agenda for diversity and inclusion at Unilever Canada. She is the executive sponsor of the company’s Women’s Interactive Network and created the Unilever Canada Mentoring Program, an initiative that calls upon the company’s senior leaders to participate as mentors. To date this dynamic program has benefitted 106 mentees over two cycles. Yet it is perhaps in her day-to-day interactions with senior leaders that she has the strongest capacity for driving change. Ms. MacLeod does not shy away from highlighting inappropriate comments and stereotyping, but she does so in a way that helps foster support for inclusive workplaces. Thanks to her contributions to Unilever’s global diversity efforts, Unilever Canada is set to reach a global goal of 50% representation of women in leadership roles by the end of 2014.

In addition to her diversity and inclusion leadership at Unilever, Ms. MacLeod is a founder of Chocolate Villa, an intensive program for women seeking to gain the skills they need to reach the next level of leadership. Starting with the simple idea of gathering five women leaders around a kitchen table to share their collective wisdom, Chocolate Villa has, thanks to its founders’ tireless efforts, become an impressive formal program that offers global sessions and has equipped 280 women with the skills they need to advance. Ms. MacLeod continues to be an advisor to the program while also acting as a peer mentor with The Judy Project. She has also spoken on behalf of women’s leadership and worked with the Belinda Stronach Foundation to help launch the inaugural G(irls) 20 Summit in 2010.

Ms. MacLeod has been at Unilever Canada since 1998 and has held a number of brand management roles. She was appointed Vice President of Marketing in 2012 and was promoted to Vice President of Personal Care North America in 2014. A seasoned marketer, over the last decade Ms. MacLeod led the development of the award-winning Dove Campaign for Real Beauty and the Dove Self-Esteem Project in Canada, two initiatives that promote positive self-esteem in girls and women. One of the core goals of the Self-Esteem Project is to inspire girls to reach their full potential in life. This is done in conjunction with their mentors, many of whom also serve as role models. To date, the programs of the Dove Self-Esteem Project have reached over one million Canadian girls.

“Catalyst and Unilever are doing important work to ensure that women have a seat at the table, while Dove encourages women and girls to feel confident and reach their full potential. Our missions are completely aligned; this is where real change happens.” —Sharon MacLeod

Now part of Unilever’s North American leadership, Ms. MacLeod has an expanded platform from which she can drive change throughout the organization. Her passion and commitment to diversity and inclusion will continue to positively affect the lives and careers of women throughout Canada.