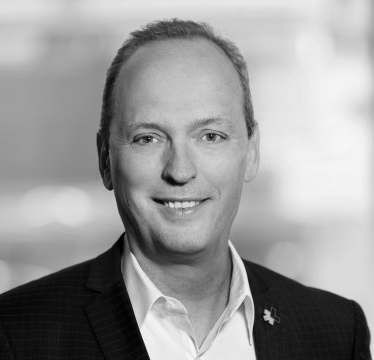 Philip Grosch has been a passionate role model and champion for the advancement of women through workplace inclusion. The effects of his advocacy and championship have been felt keenly at PwC Canada, where his focus on the advancement and retention of female talent has helped increase the number of women in senior roles throughout the Canadian firm, and created new opportunities for countless more.

As a partner and the national leader of both the firm’s Digital Services practice and the National Marketing and Sales team, Mr. Grosch actively promotes the value of diversity and inclusion (D&I) with his fellow leaders, developing and sponsoring diverse talent and encouraging those around him to do the same. His reputation as a sponsor and champion of women led to his being named as PwC Canada’s HeForShe Role Model—one of just four PwC role models worldwide.

The Women in Leadership Program

Mr. Grosch’s fundamental beliefs that men and women have equal parts to play, and that diverse organizations are stronger, lie at the heart of his efforts to advance the progression of women. Of his own accord, in 2011, he drove the business case and gained leadership support that led to his co-creating PwC’s Women in Leadership (WiL) program, which supports women’s personal and professional aspirations and growth.

WiL is a six-month journey based on four components: insight, tools, networks, and experience. Insight helps participants understand who they are as individuals and what they want to achieve in their personal lives and careers. Tools help participants develop skills such as effective goal setting and building resilience. Networks teach participants the differences between coaching, mentoring, and sponsorship, with an emphasis on the importance of sponsorship. Experience provides opportunities to practice and master new skills.

In developing WiL with PwC’s Learning and Development team, Mr. Grosch engaged with other leaders early to build visibility for the new program and facilitate further buy-in and advocacy. He also constantly seeks participant feedback to help improve the program’s design. Initially a pilot program in PwC’s Consulting business, the program has been such a success—both in terms of the feedback that the participants have provided, and the business impact that it has had—that the firm’s leadership sponsored an enhanced version across PwC Canada, which Mr. Grosch continues to champion and lead.

Since inception, more than 150 women have graduated from WiL, with a growing number entering PwC’s partner ranks. This year, more than 60 talented women will participate in this unique and impactful program. WiL has also been recognized externally by the Learning Engagement and Development (LEAD) Awards in two categories: Innovation in Leadership Development and Best Use of Social Collaboration and Knowledge Management.

Inclusive Leadership Through Empowerment and Humility

Mr. Grosch is a role model for inclusive leadership, consistently practicing all four of the attributes in Catalyst’s EACH model: Empowerment, Accountability, Courage, and Humility. He displays humility as a leader by listening and learning from the people with whom he works, and has shown courage in standing up to do the right thing and not compromising his vision.

He has sponsored women at all levels of PwC Canada as well as in the community. Even those whom he has not helped or worked with directly at the firm will have a role model whom he has at some point helped to empower, or know a leader whose behaviors he has positively influenced. He is, in every sense of the word, a catalyst for change.

Working out of PwC’s Toronto office, Philip Grosch has more than 25 years of experience making a difference to the success of PwC’s clients, spanning the financial services, technology, and telecommunications sectors in Canada and the United States. Prior to PwC, he led the CRM Consulting practice for IBM in Canada. Mr. Grosch is actively involved with HeForShe, the United Nations’ movement for gender equality (of which PwC is a Founding Impact Champion), and he is an advisory board member for WXN’s Canada’s 100 Most Powerful Women. Also a passionate advocate for veterans, Mr. Grosch is a member of Canada Company, a board member of the Treble Victor (3V) Group, and has personally mentored many Canadian Veterans in their transition to their civilian careers. He was awarded a Queen Elizabeth II Diamond Jubilee Medal in 2012 by the True Patriot Love Foundation for the leadership he continues to show within the military community, and a commendation from the Canadian Minister of Veterans’ Affairs for his work in support of veterans.