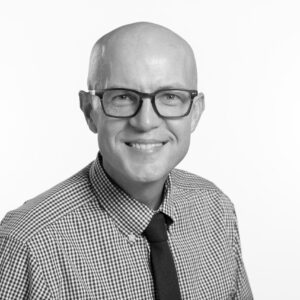 As Vice President, Convening & Community Programs, Michael was responsible for developing and executing community engagement initiatives designed to empower Catalyst supporters, ensure mission effectiveness, and amplify critical messaging and best diversity, equity, and inclusion (DEI) practices. For several years prior to this role, Michael developed and oversaw all global marketing and event efforts for the organization.

Michael joined Catalyst in 2005 as a member of the Consulting Services group, working with organizations to assess their workplace environments and develop customized strategies to further workplace DEI. Michael played a pivotal role in developing Catalyst’s MARC (Men Advocating Real Change) initiative and serves as a speaker and content expert on topics such as mentorship/sponsorship/allyship, LGBTQI+ inclusion, and accelerating progress for women in workplaces around the globe. Michael is regularly featured as a thought leader in tier one media outlets such as The New York Times and The Wall Street Journal.

Michael is currently a New York State delegate, and first male delegate, to Drexel University’s Vision 2020, a national coalition of organizations and individuals united in the commitment to achieve women’s economic and social equality. Michael was also a 2014 Aspen Ideas Festival Scholar.

The Queen Bee And The King Wasp: What’s All The Buzz? (Blog Post)

I continue to wonder about this Queen Bee persona. Why are women oftentimes characterized as the villain? Is it because, given women’s lesser numbers, this Queen is easier to spot?