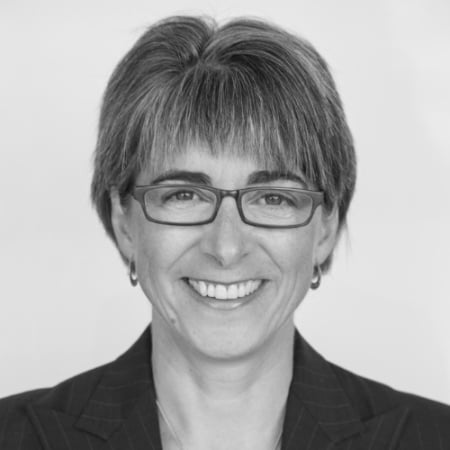 Described by her colleagues as an authentic and inspirational leader, Lorraine Mitchelmore, head of Shell Canada, drives diversity through the organization with an emphasis on talent management and unleashing the potential of all employees. She is a role model for women at Shell and for all business leaders in the oil and gas sector. The results she has achieved in advancing women at Shell are all the more impressive in a traditionally male-dominated industry.

Ms. Mitchelmore believes that organizations benefit greatly when they have a critical mass of 25 to 35 percent women in decision-making and profit-and-loss roles. This belief is reflected in Shell Canada’s representation numbers: her Heavy Oil team (35 percent women) includes one woman leading full-scale development, one leading business development, and one heading up  legal affairs; her Country Chair team is 40 percent women. Shell Canada exceeds Shell’s global numbers for inclusion of women, with 28 percent of senior roles and 43 percent of all roles held by women.

“I am very fortunate to work at a company that truly values diversity and inclusion. A key part of my role as a leader at Shell is to champion continuous improvement in this area. It’s the right thing to do for women and for our company. Only companies that embrace diverse ways of looking at and relating to the world can achieve great results.”
—Lorraine Mitchelmore

Ms. Mitchelmore’s commitment to diversity and inclusion extends to other underrepresented groups at Shell Canada. She spurred the creation of a strategy to increase the number of Aboriginals through the ranks, including as scientists and lawyers. Shell Canada reaches into high schools, offering scholarships and training to support and encourage talented Aboriginals. Ms. Mitchelmore is also the executive sponsor of Shell Canada’s Aboriginal employee network, the African Network, and the Women’s Network. Shell networks bring interested employees together to build awareness, enhance diversity, and develop personally and professionally.

In addition, Ms. Mitchelmore places a high priority on the role of Canada Country Chair Business Advisor, a leadership development opportunity for high-potential junior employees to work closely with senior executives for a period of 18 months. As a result of coaching by Ms. Mitchelmore, the first woman in the Canada Country Chair Business Advisor role has since advanced significantly.

Ms. Mitchelmore is open and transparent about how she manages her family and job, making sure people see her sometimes arriving at the office at 9 a.m. after she drops her children off at school, and purposefully bringing her children into the lobby on swim lesson days.

Ms. Mitchelmore has been employed in the oil and gas and resource sectors in Canada, Australia, and the United Kingdom. She joined Shell in 2002 as an Exploration and Development Manager, and was appointed President and Country Chair of Shell Canada in 2009.

Having created significant change for women and diverse employees at Shell Canada, Ms. Mitchelmore has established the company as an industry leader when it comes to diversity and inclusion.