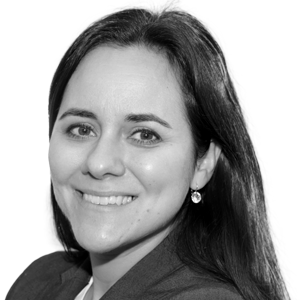 Lorraine Gray is the first woman to lead her division at Hydro One, Ontario’s largest electricity transmission and distribution service provider. She oversees more than 700 field staff who operate over 300 transformer stations and 1,000 distribution stations across Ontario. Lorraine is a force in the championship of women’s advancement at Hydro One, achieving balanced hiring in her business unit’s apprenticeship program, encouraging gender-equity protocols in hiring processes, and working to normalize women as leaders in Field Operations. A true trailblazer in a male-dominated industry, Lorraine is credited with changing norms through example, helping to transform Hydro One into a more diverse and inclusive workplace. She is also a mentor to the next generation of women engineers outside of Hydro One, both through the organization’s Women in Engineering University Consortium and as Engineer in Residence at Ontario Tech University’s Women in Engineering program.

When it comes to gender equity, Lorraine has always endeavored to “lift and climb” rather than focus on limitations. It is this philosophy that has enabled her to inspire progress for women, people of colour, and Indigenous Peoples at Hydro One.

A transformative leader, Lorraine has challenged Hydro One’s electrical apprentice hiring process from start to finish, successfully shining a light on applications submitted by women and advocating for their equal consideration, from screening to interviewing to hiring. She has also addressed the retention of employees from marginalized racial and ethnic groups by setting up a diversity mentoring program for electrical apprentices and championing their advancement.

Lorraine is a founding member of Hydro One’s Women in Trades, Technology and Engineering (WTTE) employee resource group, helping it blossom into a must-join corporate event with over 600 virtual participants. She has also led the establishment and advancement of a five-year strategic plan for the WTTE, with a view to further embedding workplace gender inclusion.

A true innovator and collaborator, Lorraine’s biggest impact results from her understanding of Hydro One’s culture and her ability to address resistance to change. She embraces creativity in hiring, successfully advocating for women’s advancement into non-traditional roles, and helps men gain valuable insights about the need for change through her participation in programs such as MARC (Men Advocating for Real Change) Leaders. Lorraine has become a sought-after diversity advisor at Hydro One, with many leaders reaching out to her for guidance and insights.

Lorraine’s commitment to inclusive leadership is a cornerstone of her success at Hydro One. Known for being an ally to many diverse colleagues, she spends time listening to each person individually to gain understanding and learn. A courageous leader, she challenges norms by example, and demonstrates accountability by boldly setting targets and working alongside her team to accomplish their goals. Lorraine is a true role model, fostering an environment in which team members feel valued and psychologically safe.

Lorraine Gray is a professional engineer with 16 years of experience at Hydro One, 13 of which have been in leadership positions. In her current role as Director, Stations Services, she works with her team to ensure the safe and efficient execution of all preventive, corrective, and regulatory compliance work programs. The team also liaises with major customers such as nuclear and renewable generators, local distribution companies, and large industrial customers.

In 2020 Lorraine was recognized as one of Canada’s Most Powerful Women: Top 100 by the Women’s Executive Network (WXN). She holds a B.Eng.Mgmt. in Electrical Engineering from McMaster University in Hamilton, Ontario.