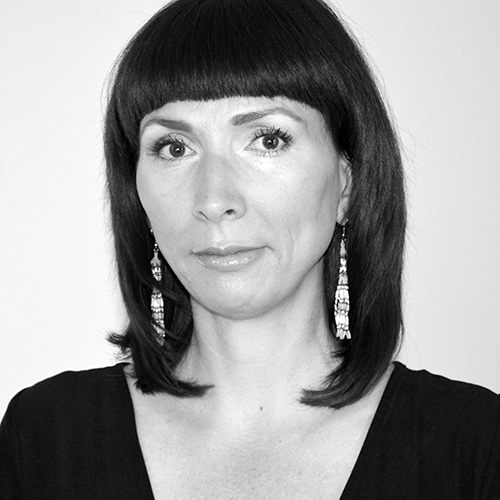 As the Director, Inclusion at BMO Financial Group, Kona Goulet leads the Inclusion and Diversity Senior Advisor team. She has played the lead role in establishing inclusion and diversity goals across all BMO’s business and corporate segments, as well as coaching and guiding the businesses, D&I steering committees, and councils to help them build strategies that integrate inclusive programs, policies, and behaviors.

Kona is a proud Indigenous woman who has dedicated much of her adult life—both personal and professional—to breaking down barriers that stand in the way of the development and advancement of women. Growing up in Northern Saskatchewan with close ties to her Indigenous culture, Kona developed a strong desire to give back to her community and those in need.

I was raised with two deeply instilled beliefs. The first is awareness that inequality is too often the norm so, to create change, equity is something we all must strive for. The second is a strong sense of pride in being an Indigenous woman and sense of obligation to give back to my community and create social impact. These two beliefs have driven and shaped my entire life.
—Kona Goulet, Director, Inclusion
BMO Financial Group

Kona has been a strategic leader, and the programs and initiatives she has introduced have gained buy-in from senior leadership at BMO. She manages BMO’s Leadership Committee for Inclusion and Diversity (LCID), an enterprise-wide committee of influential senior executives—including the CEO—focused on removing barriers to the advancement of diverse talent across the organization. Notably, she led the work of establishing new workforce representation goals across the bank for 2020, guiding BMO’s LCID executives as they determined the new targets. BMO has already seen positive results, for example in an increased employee inclusion engagement score of 86%.

Among her numerous achievements, Kona played a key role in developing BMO’s Learn from Difference (LFD) initiative, which aims to build inclusive leadership capacity among BMO’s 7,000 people managers. The lead component of this program is a custom 25-minute, practical e-learning module. Within three months, 84% of people managers had completed the non-mandatory e-learning, with 95% stating that they would recommend the course and 97% reporting that they were confident that they could apply their learnings to the workplace.

Further, Kona, along with another female executive, launched BMO’s Enterprise Resource Group Women in a Supported Environment (WISE). Kona lobbied strongly to have a minority woman and an Indigenous man lead the group as inaugural co-chairs to create development opportunities for diverse women and to recognize the importance of male allies. WISE is now BMO’s largest ERG, with more than 2,500 members across the Bank.

Kona also helped improve the experience of transgender employees at BMO by partnering with the benefits team to remove binary gender identifiers from key benefits documentation, and she recently initiated a study with the Vanier Institute for the Family focusing on the modernization of inclusive language.

Kona’s efforts have resulted in leadership buy-in, and the initiatives and programs she orchestrates have had positive results at the organizational level. Her ability to hold herself and leaders accountable for achieving results is remarkable. She has demonstrated courage by initiating and implementing large-scale programs, gaining senior leadership buy-in, and taking bold actions. For instance, a minority woman and an Indigenous man served as WISE inaugural Co-Chairs.

In addition to her work at the Bank, Kona is a member of the Board of ImagineNATIVE, the world’s largest presenter of Indigenous screen content. As a Board member, Kona aims to increase the fairness and equitable representation in Indigenous films. In a previous role, Kona served on the White House Project as VP External Affairs. Kona holds a Global MBA, Cross-Cultural Integration, Globalization, Emerging Economies from the University of Toronto, Rotman School of Management.