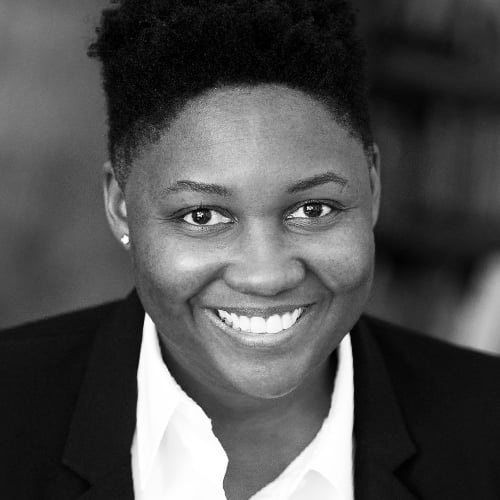 Kimberly Smith brings her whole self to work. Having overcome many personal and professional challenges has inspired her to be a role model for others by telling her story and sharing her experiences and mistakes. She does not distance herself from her identity, and she does not let her identity limit her. An advocate of paying it forward, she credits her own mentors and sponsors with helping her achieve all that she has so far and is herself a strong mentor and sponsor to others.

Ms. Smith is a Senior Manager at EY Canada (formerly Ernst & Young), a leader of its Black Professionals Network (BPN), and a leader within UNITY, the organization’s network for Lesbian, Gay, Bisexual, and Transgender employees and their allies. She understands and uses as her guiding principle that placing value on and encouraging people to embrace their differences in the workplace can strengthen one’s sense of belonging in the workplace, which is critical to inclusion.

Credited with refreshing and growing the BPN after reaching out to its members to understand what they wanted in a workplace, Ms. Smith renewed the group’s strategic plan and expanded activities that highlight the achievements of Black professionals to increase their visibility within the firm. BPN also hosts inclusive events for all the firm’s employees.

Within UNITY, she has proven vital in helping people feel safe enough to bring their authentic selves to work. She led the conceptualization and planning of “Bring Yourself to Work,” a successful event that provided a forum for three employee resource groups (ERGs) to come together to talk about the importance of this issue.

When she became a leader of EY Canada’s BPN, Ms. Smith began her efforts to revitalize the group by first trying to understand who the group’s members are and what the membership wanted from the network and in the workplace. She surveyed the BPN membership and transparently shared and discussed the results with all the BPN members: the majority wanted to feel a sense of belongingness within the BPN and EY Canada as a whole.

With this goal in focus, Ms. Smith led revitalization efforts to create a more welcoming BPN, inviting members of other ERGs and allies to BPN events. Not only has this approach resulted in more inclusive events, it has boosted support for the BPN and its members among allies across the firm.

Catalyst research shows that inclusive leaders commonly demonstrate four key behaviors: empowerment, accountability, courage, and humility. Ms. Smith is a role model for others in how she demonstrates humility in her workplace interactions. By asking BPN members for their input during the network’s strategy refresh, she was actively seeking feedback from others on how best to move forward. In reaching out to allies across the organization as well as other ERGs, she also understood the limitations of “going it alone” as an ERG and, instead, leveraged a collaborative approach to build greater inclusion.

Alongside her work with ERGs, Ms. Smith also demonstrates humility by sharing her own story in a way that helps others learn from her mistakes, and she encourages others to show a similar level of humility when sharing their own stories.

Kimberly Smith is a Senior Manager in the Financial Services Assurance Practice at EY Canada in Toronto. Prior to joining EY Canada, she worked as a senior audit manager at Morrison, Brown, Argiz & Farra, LLP in Miami, Florida. Ms. Smith is a member of the Florida Institute of Certified Public Accountants and  Chartered Professional Accountants of Ontario. She holds a Master’s degree in Accountancy from Florida International University and a Bachelors of Business Administration from the University of Iowa.