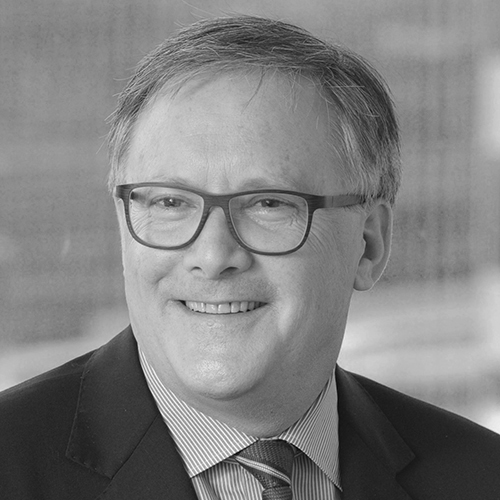 General Counsel and Secretary to the Board, Deloitte LLP, Canada

Kenneth J. Fredeen is a true inclusion champion. For more than 16 years, he has been a role model of courageous and inclusive leadership both within Deloitte and in the broader legal and business communities in Canada.

As a member of Deloitte’s Leadership team, Mr. Fredeen is a role model for others in the firm, having created a diverse team of talented legal professionals. Women comprise more than 70% of his team, which is also diverse in terms of ethnicity, sexual orientation, and ability. Team members are valued for their uniqueness and abilities, which instills a feeling of belonging. Mr. Fredeen recognizes that an inclusive team of talented leaders is not only more productive but also better able to find innovative solutions to legal issues. Throughout his career, he has sponsored many women both within and outside of Deloitte, helping them to navigate their careers and realize their full leadership potential.

As a founding member of Deloitte’s first Diversity Council in 2007, Mr. Fredeen advocated for meaningful change and concrete action. In 2011 he assumed the role as Chair and both restructured and re-named it to be Deloitte’s Inclusion Council.

Mr. Fredeen is one of the founding members of Legal Leaders for Diversity (LLD), a group of more than 100 General Counsel from across Canada committed to creating a more inclusive legal profession. These General Counsel and their respective organizations commit to promoting diversity and inclusion (D&I) within their organizations and across the legal community.

Mr. Fredeen and the General Counsel LLD signatories understand the importance of action, accountability, and collaboration with lawyers in private practice, law societies, and others. Lawyers can and must lead change and General Counsel are uniquely positioned to drive the inclusive changes and practices needed both within the legal profession and within their respective organizations.  Just a few of the initiatives undertaken by the LLD include encouraging and supporting law firms to establish their own network, the Law Firm Diversity and Inclusiveness Network; consulting with senior LGBTQ lawyers to understand the barriers still faced by LGBTQ legal professionals; establishing a scholarship for law students with disabilities; and instituting a mentorship program for more junior diverse lawyers in law firms.

As a recognized D&I thought leader, Mr. Fredeen is a frequent speaker and panel member on the topic. As a typically abled man, his voice has been important for advancing diversity in Canada.  It could be said that Mr. Fredeen is guided by the principle that it is not just enough to stand for something, you need to stand up for it.

Mr. Fredeen has for over a decade purposefully mentored, coached, and sponsored people not like him, both within Deloitte and outside of the firm. From 2007 to 2014, he was the first executive sponsor of Deloitte’s LGBTQ employee resource group, and since 2014, he has been the executive sponsor of “AccessAbility,” a Deloitte employee resource group for people with disabilities.

In 2012, Mr. Fredeen was named by the Federal Government as Chair of the Labour Market Opportunities for Persons with Disabilities Panel by the Government of Canada. The Panel tabled Rethinking DisAbility in the Private Sector, its report that continues to be a valuable resource for building inclusive workplaces for people with disabilities, both in Canada and globally.

In addition to being President of the LLD Executive, Mr. Fredeen is the Chair of the Boards of The Learning Partnership and the Ethics Centre and serves on the board of Canadian Business SenseAbility.

The recipient of numerous awards, Mr. Fredeen most recently received the David C. Onley Award for his leadership and commitment to improving accessibility for persons with disabilities.