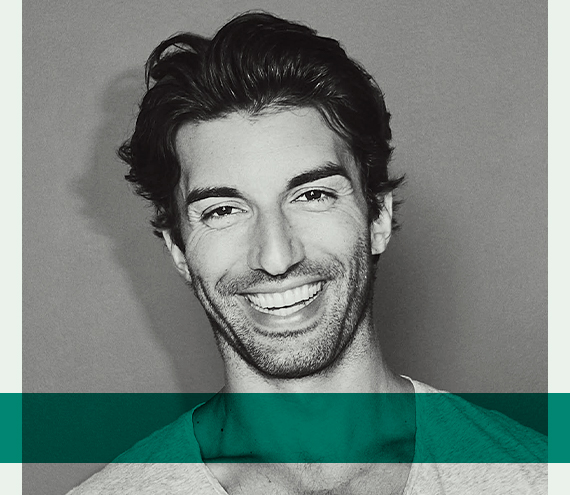 Justin Baldoni is an actor, director, producer, entrepreneur, and changemaker whose efforts are focused on creating impactful media and entertainment. Baldoni is the co-founder of Wayfarer Studios, an independent financial and production engine pioneering purpose-driven, multi- platform film and television productions that elevate and speak to the human spirit. He is also the founder of Wayfarer Entertainment, a social impact production company, and founder of Wayfarer Foundation, a non-profit which seeks to change the way communities see and respond to unhoused populations. Baldoni first rose to worldwide fame through his role as “Rafael” on The CW’s award-winning phenomenon Jane the Virgin. He currently lives in Los Angeles with his wife, two children, and their puppy.