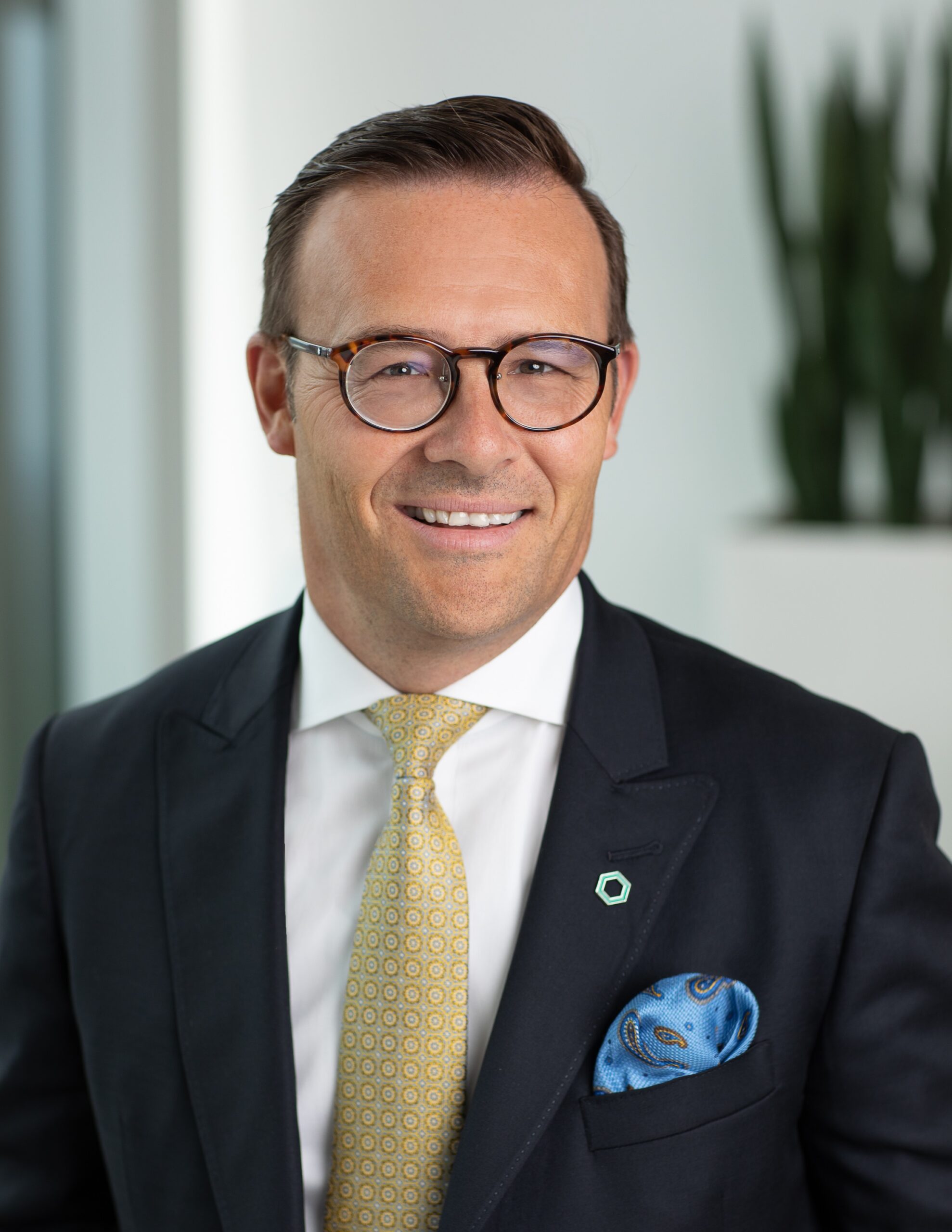 Guy Cormier is the President and CEO of Desjardins Group, the leading cooperative financial group in Canada. Through overseeing Desjardin’s first diversity and inclusion plan—as well as setting ambitious organizational targets, creating a company-wide talent identification process, and mentoring and promoting women—Guy has shown his commitment to women’s advancement in the workplace. His visionary and unwavering efforts to foster inclusive workplaces make him a role model for business leaders everywhere.

Since he became President of Desjardins, Guy has implemented many initiatives that support women. For example, he oversaw the creation of an accelerated development program for women with strong potential who are currently serving as directors or vice presidents, and he called for the appointment of a diversity and inclusion ambassador in every Desjardins executive division. In addition, he oversaw the development of the Desjardins career program in partnership with L’effet A; since its inception, 140 women have completed this program, and 12 have been promoted.

Desjardins has also created a company-wide talent identification process that consistently monitors women in the talent pool and helps them identify the career paths that will enable them to climb the ranks of the organization.

Guy has been a front-runner in promoting gender parity in corporate leadership. Because of the appointments he’s made to the Desjardins Group Management Committee, the 10-member committee currently comprises five women and five men, including Guy as President and CEO. He also invites others to follow his example: starting from the 2019 Desjardins Group Annual General Meetings (AGM), Guy called for running a series of workshops that address the importance of diversity in the workplace.

Shortly after Guy was elected President, he oversaw the creation of the Desjardins Youth Advisory Committee. This committee—which includes an equal number of women and men—is made up of members from the caisse (credit union) network, elected caisse directors, and Desjardins employees, all between the ages of 18 and 35. Guy sponsored a number of proposals targeting gender parity on governance bodies that were adopted at Desjardins’ 23rd Congress.

Guy embodies the traits of inclusive leadership. In addition to launching many initiatives that advance women, he has been an ally by recognizing talent on an individual basis and offering guidance and mentorship. One example is that when Guy was a caisse general manager, he supported and mentored two women who aspired to become general manager. He encouraged them to pursue training opportunities and gave them responsibilities that went beyond their job descriptions to help them advance. He also appointed them to different committees and brought them into various collaboration groups so they could gain experience and exposure. Each of these protégés achieved her goal, and one of them currently runs the largest caisse on the Island of Montreal.

Guy also takes every opportunity to advocate for women’s advancement to other senior leaders. Whether it is a board meeting or management committee meeting, Guy takes the time to speak on the importance of recognizing women’s leadership and creating space for women in management positions at every level of Desjardins and on caisse boards of directors.

Guy Cormier has been President and CEO of Desjardins Group since 2016. He is a graduate of HEC Montréal, where he earned both a bachelor’s degree and an MBA. He also taught finance there for nearly eight years. He joined Desjardins in 1992 and was elected President and CEO in 2016. Guy has worked hard to develop a strong member- and client-focused corporate culture within the organization. He encourages innovation and has fast-tracked the organization’s shift into the digital space.