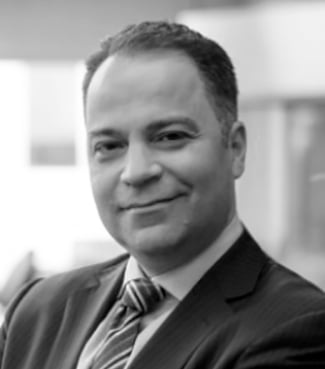 Frank Vettese has been committed to advancing women and diversity and inclusion (D&I) throughout his entire career. Described as “relentlessly persistent, extraordinarily brave, and absolutely visionary,” Mr. Vettese recognizes that a diverse and inclusive work environment is both a business and a moral imperative and that inclusive behaviors are an essential leadership competency.

Mr. Vettese joined Deloitte in 2002, and has served as both the national and global leader of the financial advisory practice. He was elected Managing Partner and Chief Executive of Deloitte Canada in 2012. In 2016, he also became Deloitte’s Chief Inclusion Officer, signaling to the Firm that he is personally accountable for continuing to advance D&I at Deloitte, leveraging a number of critical D&I initiatives he has personally sponsored. For example, in 2006, Mr. Vettese co-founded the Canadian Women’s Initiative (CanWin) to unlock women’s potential and engage and retain women at Deloitte. After participating on Deloitte’s Global Inclusion Council as the representative for Financial Advisory, one of Deloitte’s five global services, he also started the Canadian Inclusion Council in 2013, which he chaired until assuming the Chief Inclusion Officer role.

Mr. Vettese is committed to creating a strong pipeline of successful women leaders, and he was the first CEO to place women on the Executive team and to require that a woman or a member of an underrepresented group be eligible for leading the firm’s biggest and most important clients. Over time, this has yielded impressive results. Women now constitute 40% of Deloitte Canada’s Board, and since Mr. Vettese became CEO, women’s representation as partners has increased by approximately 25%. Of the 2016 class of new partners, 42% are women, and more than 50% of the entire class are from underrepresented groups. Mr. Vettese sees this as a “Charter” moment for Deloitte, a term he uses to describe pivotal turning points in an organization’s thinking or behavior, just as the Canadian Charter of Rights and Freedoms was instrumental in recognizing and advancing human rights in a number of landmark cases. Beyond the partner class of 2016, a full 47% of managers and 45% of senior managers are women. Finally, women and men are hired at equal rates at all levels at Deloitte (including senior hires or “direct admit” partners), and visible minorities make up more than 20% of new hires, mirroring the overall Canadian population.

Mr. Vettese co-founded CanWin when he recognized a lack of diversity, particularly with regards to gender, in the financial advisory practice. He lobbied senior partners to actively participate in CanWin by making an argument for both the business case and the retention opportunities presented by the program. Today CanWin has chapters in every major city led by both male and female partners. Mr. Vettese also sponsors national leadership development programs for women senior managers across Deloitte. Graduates from the program are among the top performing partners at Deloitte.

Recently, Mr. Vettese invited all Deloitte employee resource group (ERG) leaders to present their 2017 fiscal plans to the Deloitte senior leadership team. All ERG funding was approved. This opportunity gave visibility to the ERG leaders and demonstrated Deloitte’s commitment to ERGs as a mechanism for propelling business success.

Inclusive Leadership Through Accountability and Courage

Mr. Vettese is a remarkably inclusive leader who demonstrates all four behaviors outlined in Catalyst’s EACH model: Empowerment, Accountability, Courage, and Humility. As CEO, he is committed to developing and embedding processes and programs into Deloitte’s culture that create a sustainable pipeline of successful women leaders and drive progress, including:

Mr. Vettese also acted courageously when, recognizing the need for increased gender diversity on Deloitte’s global board of directors, he worked with the board’s chair and four other CEOs to increase the number of women on the board. At the time just one of the 32 board members was a woman. Mr. Vettese, together with the four other board members, vacated their board seats and were replaced by women. This decision resulted in the rapid addition of women to the global board, with women occupying one-quarter of the board seats in 2013. Since that time, Deloitte has also elected two female CEOs in Australia and the United States.

Frank Vettese became Managing Partner and Chief Executive of Deloitte Canada in 2012 and is also a member of Deloitte’s global executive team. He has contributed to the development of specializations for chartered accountants in analytics valuation, forensic accounting, insolvency, accounting standards and principles, transactions, and corporate finance. He is also a highly regarded expert, mediator, and advisor in various courts. Under his leadership, Deloitte Canada became a Catalyst Accord Signatory. He is a member of the 30% Club and a founding member of the Canadian Board Diversity Council. In 2015, he became the first Canadian CEO to be recognized by the United Nations for his commitment to the advancement of women.