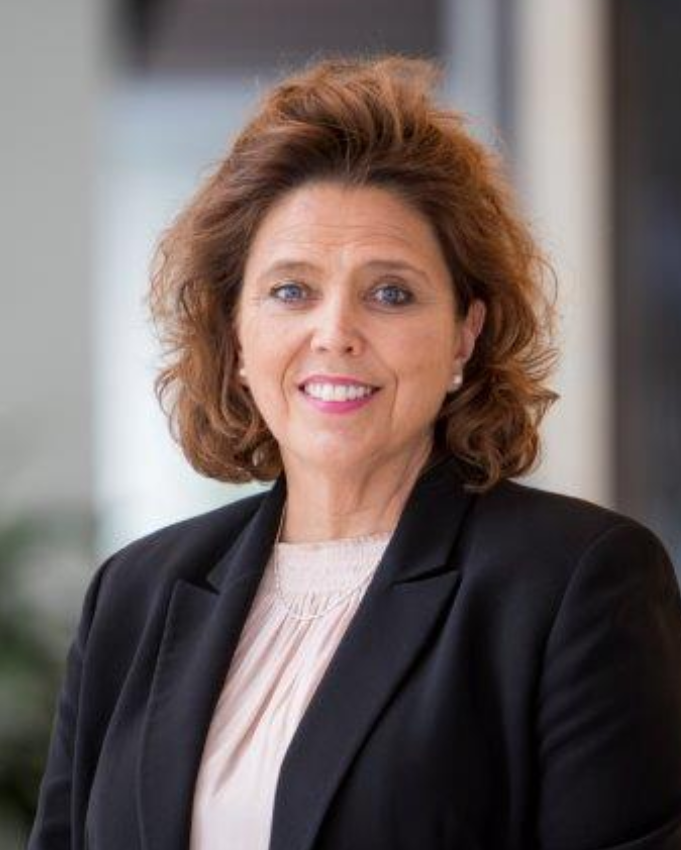 Édith Cloutier is a woman of action who leads with compassion and gives back to her community. Known for fostering open discussions about diversity and inclusion, she is a tireless supporter of people.

Édith is acutely aware of the power of representation and the role mentorship and sponsorship play in ensuring all individuals access to growth opportunities. With this in mind, she created a mentoring program exclusively for Black, Indigenous, and People of Colour employees across levels. The program has two objectives: (1) to support the development and visibility of the participants, and (2) to provide the leadership team with opportunities to interact directly with employees to gain a better understanding of their realities and support them in their professional development.

The first program launched in 2021 with three key roles: mentee, coach, and mentor. Each role comes with responsibilities such as planning meetings, identifying objectives, collecting feedback, supporting visibility opportunities, and creating and maintaining a safe environment. Édith participated as a mentor. After receiving approximately 50 applications to participate as mentees, program coordinators selected a first cohort of 21. Edith met with all program participants to get to know them personally and learn about their goals. The program lasted three months, with mentors and mentees meeting twice per month. Those not selected for the program had the opportunity to fill out a questionnaire about themselves and their career aspirations.

In a post-program survey, 96% of participants reported that they would recommend it to colleagues, with some noting that they had benefited from career development opportunities. Four individuals from equity-deserving groups directly attribute their promotions over the past year to this program, as well as to Édith’s personal support. Some participants have gone on to become ambassadors representing Rogers at various internal and external functions.

The program was so successful that Rogers launched a new cohort this year with 27 mentors, and it was extended to run through the end of 2022.

Édith believes that everyone within the organization has a vital role to play in driving diversity, equity, and inclusion. She has made a concerted effort to build a culture of inclusion, not only at Rogers but in society at large.

An important example is her involvement in the creation of a regional committee for diversity. This committee is not only planning how to achieve a diverse and inclusive team and culture, but actively holding the different lines of business accountable to the Rogers diversity objectives.

She has also created space for important conversations by hosting “Coffee with Édith” meetings focused on amplifying the voices of equity-deserving employees across all lines of business. Édith also hosted “safe talk” sessions with Black employees nationally and regionally, and participated in numerous discussions for all equity-deserving groups.

In addition, Édith is an active participant and advocate for programs such as Rise for Women, a group aimed at promoting and supporting Rogers women in Leadership, and Rogers Accelerated Development Program for women Senior Leaders, which provides a variety of customized development activities with the intent to help participants secure a sponsor.

Edith is passionate about opening doors for frontline women at Rogers call centers, participating in career development and roundtable events hosted by employee resource groups. By engaging employees at all levels, she makes everyone feel they are part of the solution and brings great ideas to light.

Outside of Rogers in her role as Chairman of the board, Foundation of the YWCA Montréal, Édith supports women and families who have recently arrived in Canada and are starting a new life in Montreal through shelters and work-insertion programs. In her role with the YWCA, Édith launched a major multiyear fundraising initiative, (Re)Built, to finance these programs. She also openly speaks out against violence against women, for example in her published letter in memory of the victims of the École Polytechnique shooting.

Actions You Can Take

For over 25 years, Édith Cloutier has excelled at delivering telecommunication solutions to companies and the public sector.

As a leader in the industry, especially in innovation and building business partnerships, Édith has held several senior positions at companies such as Allstream, Bell Mobility, and Bell Canada before becoming President of Rogers in Quebec & Atlantic provinces and Vice-President of Enterprise and Public Sector Sales. These two positions enable her to not only increase the brand’s strength in Quebec and Atlantic and promote the Rogers name within the community, but also to support Canadian companies and public sector clients wishing to adopt leading edge technologies to boost their growth.

Édith has a degree in business administration from Simon Fraser University in British Columbia, and an Executive MBA from the Université du Québec à Montréal (UQAM).