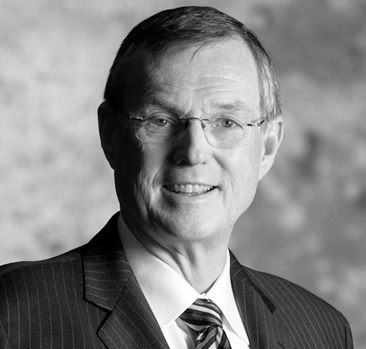 In his eight years as President and Chief Executive Officer of TD Bank Financial Group, W. Edmund Clark has successfully created a cultural shift within the bank to make it a more inclusive employer of choice. Having established diversity as a strategic business priority, Mr. Clark seeks to understand the barriers to advancement for women and diverse groups at TD Bank Financial Group. His drive to engage TD employees to ensure they feel included regardless of gender, ethnicity, religion, sexual orientation, abilities or disabilities, through focus groups, interviews, and surveys of employees, has made it possible to maintain an ongoing dialogue while producing lasting change.

“Creating an inclusive workplace for women and helping all employees reach their full potential is more than just the right thing to do—in fact, it’s essential to our success,” says Ed Clark. “While a few decades ago, the industry saw a challenge around numbers and recruitment of women, today we’re addressing more nuanced issues such as changing perceptions around workplace flexibility and more focused career planning. By ensuring inclusiveness and fostering diversity, we’ve been able to unleash huge amounts of energy and talent at TD.”

Mr. Clark is committed to developing high-potential employees in the pipeline, through informal mentoring and active sponsorship of aspiring executives. His personal initiation of the CEO’s Assistant Program, allows participants, half of whom have been women, to shadow him, so that they gain both experience and visibility. And his commitment to diversity is one he expects other senior leaders at TD to mirror, holding them accountable through performance reviews at the most senior levels and tying inclusiveness to leadership at the bank.

Mr. Clark has extended this commitment to the community. He and his wife are supporters of the Homeward Bound program of WoodGreen Community Services, which provides shelter, daycare, and education to single mothers living in poverty, along with a guaranteed career-track job and access to affordable housing when they graduate. As the chair of WoodGreen’s Industry Council, Mr. Clark uses his influence and personal network to bring together other business leaders in support of this cause.

He has had a long and distinguished career in financial services and government, working for companies such as TD Canada Trust, Canada Trust Financial Services Inc., Merrill Lynch, and Morgan Financial Corporation. He graduated from the University of Toronto with a Bachelor of Arts degree and earned his Master’s degree and Doctorate in Economics from Harvard University. He has also received honorary degrees from Mount Allison University and Queen’s University. In July 2010, Mr. Clark was made a Member of the Order of Canada, the nation’s highest civilian honour, in recognition of his many contributions to public life in Canada.

Mr. Clark has influenced TD Bank Financial Group to champion inclusiveness and diversity, and as a powerful role model, he inspires others to become diversity champions.