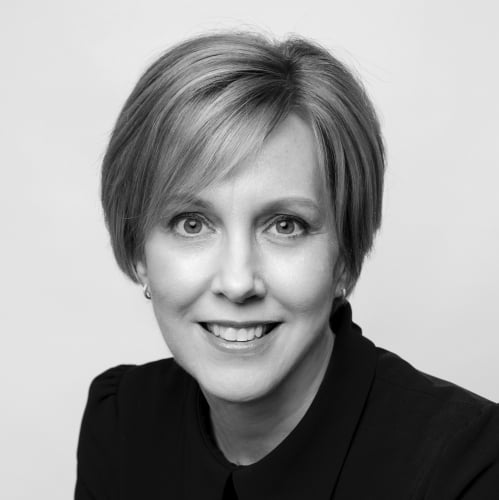 Growing up in a tiny village in rural Nova Scotia, far from any center of power, Deborah Gillis was inspired by a group of women who successfully advocated for gender equality rights to be included in the Canadian constitution. As a result, her high school debate topic was, “Be it resolved that women earn the same as men.” And so began a career dedicated to giving everyone equal opportunity to succeed.

Her early work in the public sector focused on social justice policy issues: employment equity, anti-racism, and LGBTQI rights. As a consultant and practice leader for two global professional services firms, she advised clients on strategies for aligning talent and business priorities, and championed initiatives to mentor women. Then as a candidate for elected office, Deborah first truly understood the power of role models to inspire girls and young women. That experience and surviving breast cancer motivated her to seek out more deeply meaningful work.

Deborah found it at Catalyst, a global nonprofit that works with some of the world’s most powerful CEOs and leading companies to help build workplaces that work for women. Joining in 2006 as Executive Director of Catalyst Canada, she became Chief Operating Officer in 2012, and then President and CEO in 2014.

In her time as president, she put her passion to work as a tireless advocate, opening doors for other women so that we can change the world—one fair, diverse, and inclusive workplace at a time. A recognized thought leader and global influencer, in 2016 Deborah was named as one of Canadian Business magazine’s 10 most influential Canadians, and that same year she received the Foreign Policy Association Medal. Most recently, in 2017, Deborah accepted an honorary Doctor of Laws honoris causafrom Cape Breton University for dedicating her life’s work to advocating for women’s rights and equality. She serves on the Board of Governors of St. Francis Xavier University.