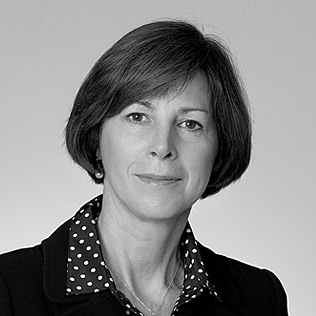 During her years as Vice President, Treasurer, Ontario Power Generation Inc. (OPG), Colleen Sidford has been a champion for women’s advancement both within OPG and in the community. She meets with the managers and directors at OPG to discuss gender biases and how supervisors can encourage women in their business sectors. Her results speak for themselves: Ms. Sidford’s direct reports have become extremely diverse within the last five years and include 28 percent visible minority women, 28 percent white women, and 16 percent visible minority men.

“Gender diversity is not a Human Resources initiative. It needs to be embraced and woven into the culture of an organization so that we all become ‘Champions for the Advancement of Women in Business,’” says Colleen Sidford. “At Ontario Power Generation, we launched the emPOWERed Women program, a comprehensive leadership and career development initiative that’s reaching women working across the province. Its objective is to provide formalized mentoring opportunities for women to help each other grow their professional capabilities and leadership skills.”

The nuclear/utility industry is male-dominated, and it was for that reason Ms. Sidford founded a leadership development and mentoring program called emPOWERed Women at OPG to help women with their networking, career development, and mentoring skills. More than 300 women have participated to date. The participants in emPOWERed Women are developed into “diversity ambassadors,” leaving the program with the goal of mentoring and helping other women. Ms. Sidford is also an active member of Women in Nuclear (WIN), speaking at its annual conference and events and acting as an ambassador for the program.

Prior to OPG, Ms. Sidford owned a private consulting business and held financial positions with The Molson Companies Limited, Bank of America, and the Bank of Nova Scotia.

Through her efforts, a large number of women inside and outside of OPG have had opportunities to develop, advance, and become diversity champions themselves.