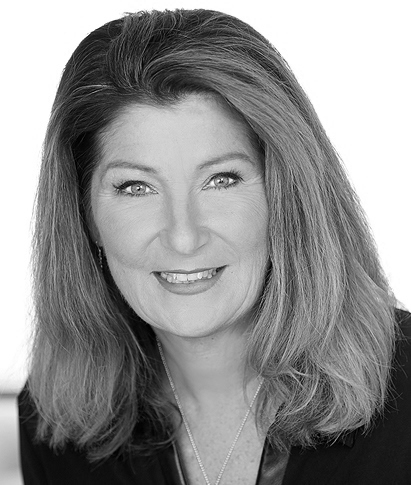 A highly respected business leader with more than 20 years of executive experience, Colleen Moorehead is a trailblazer for women in corporate Canada. Her efforts to support, mentor, and advance women have contributed to meaningful organizational changes for Canadian companies and women in business.

As Chief Client Officer at Osler, Hoskin & Harcourt LLP, Ms. Moorehead leads the firm’s client relationship management, innovation and business development strategy. Ms. Moorehead brings her passion for advancing women and creating inclusive workplaces to the firm every day by celebrating diversity as a critical client service imperative. At Osler, Ms. Moorehead led the development of the General Counsel dashboard, a first-in-Canada client reporting tool showcasing key business metrics. The General Counsel Report not only institutionalized the practice of reporting of D&I at Osler, it has enabled the firm to support its clients’ diversity objectives strategically and meaningfully. Other Osler Diversity Committee initiatives comprise client education and networking events, internal affinity networks and empowerment programs across the firm.

“I feel so privileged to be recognized. For me, the business case for diversity has always been clear. Although my passion for advocating diversity in the workplace has taken different shapes and forms through the many organizations I have had the privilege of working alongside, it is based in the simple truth that companies that attract, engage, and provide a clear path to leadership for all who aspire, regardless of gender, outperform.” —Colleen Moorehead

Prior to joining Osler, Ms. Moorehead channeled her passion for supporting women’s ambitions into another first-in-class initiative by co-founding The Judy Project at the Rotman School of Management. Now one of Canada’s leading executive forums, The Judy Project is a highly acclaimed leadership forum uniquely designed to support and prepare women for executive leadership and CEO-level positions. Thanks to Ms. Moorehead’s vision, her success in securing Rotman as a partner, and her tireless efforts to galvanize support from the business community, The Judy Project alumnae are now considered Canada’s most empowered professional women’s network, with more than 300 senior women executives from 40+ national and global sponsor organizations. Osler has participated in the program since its inception in 2003. Ms. Moorehead continues to retain close ties to The Judy Project, as Business Co-Director, attending annually, supporting its business development and making herself available as a mentor to women who complete the program.

The Judy Project was also the inspiration for the Rotman Initiative for Women in Business, which was launched in 2008 and offers a comprehensive portfolio of programs for women at every stage of their career, including the Business Leadership for Women Lawyers with Osler as one of the founding sponsors.

Ms. Moorehead has enjoyed a long and successful career in the financial, technology, and web-based service sectors. Following successful roles at Merrill Lynch where she was the first female sales manager, and subsequent leadership roles at CIBC World Markets, she co-founded E*TRADE Canada. As President, she led E*TRADE Canada from its origins as a start-up to the largest independent online investment firm in Canada before it was sold to Scotiabank in 2008. She has also held senior business development and marketing positions with a number of private equity firms and served as CEO and President of Nexient Learning, a leader in IT and business skills training.

Ms. Moorehead was inducted into the Canadian Marketing Hall of Legends as a Business Builder in 2010. She is Vice Chair of the Women’s College Hospital capital campaign, raising awareness and funds for women’s healthcare research at Canada’s first stand-alone ambulatory hospital.

Known as a courageous leader, Ms. Moorehead fought for the implementation of mandatory diverse interview candidate slates back in the 1990s and has consistently and consciously sought out opportunities to advance women in every leadership position she has held since then. She is a highly effective role model of inclusive leadership.