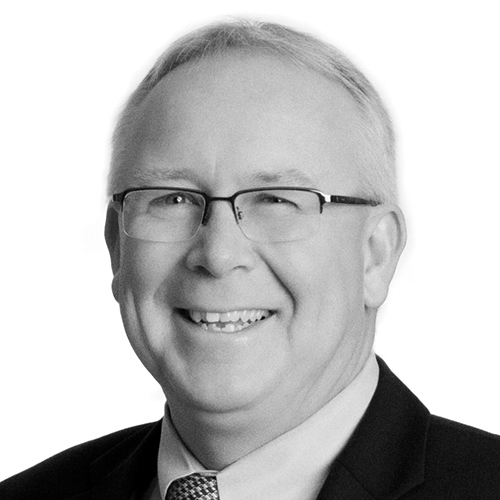 Chris Huskilson is the President & Chief Executive Officer of Emera Inc., an international energy and services company headquartered in Halifax, Nova Scotia. Emera is strategically focused on providing cleaner, more affordable energy to customers. Since Mr. Huskilson became its leader in 2004, Emera has grown from a single Nova Scotia electric utility to a $29-billion energy business working in Canada, the United States, and the Caribbean.

A Champion of Women and Diversity in the Workplace

Mr. Huskilson has changed the face of leadership at Emera by providing opportunities equally to his team. As a result, talented women play key senior leadership and governance positions.

His view is that building a culture of opportunity doesn’t have to be complicated. He simply promotes people who are good at their jobs and believes that gender-balanced teams are stronger—which ultimately makes good business sense.

More broadly, under Mr. Huskilson’s leadership, Emera is becoming a more inclusive and diverse business through the ongoing improvement of employment and procurement policies and practices. As a result, more women, Aboriginal people, visible minorities, and people with disabilities have the opportunity to work at or contract for Emera.

Mr. Huskilson acknowledges that the energy industry is traditionally male-dominated, which can present challenges. However, through policies like the Emera Newfoundland and Labrador Diversity Strategy, Emera has been able to advance diversity beyond the company and apply the policy to its contractors as well.

According to Mr. Huskilson, in order to make a bigger difference you have to foster opportunity inside your business, then hold your contractors and community to the same standards. He adds that there has to be a demonstrable positive outcome for change to be made. And there certainly is evidence of positive outcomes at Emera. In a 2016 employee engagement survey, more than 85% of employees said that Emera offered women and men the same opportunities and felt that they worked for an employer that is inclusive of many cultures and values.

Inclusive Leadership through Empowerment and Accountability

An inclusive workplace culture begins at the top. Catalyst research has identified four key behaviors common to all inclusive leaders: empowerment, accountability, courage, and humility. As President & Chief Executive Officer of Emera, Mr. Huskilson is a role model who demonstrates empowerment and accountability. He empowers people to achieve their full potential by providing them with opportunities and holding them accountable. Under his leadership, 39% of Emera Inc.’s executive team are women, and he has paved the way for the appointment of 33% of female Directors to Emera’s Board of Directors, including the organization’s first female Board Chair. Additionally, the Management Resources and Compensation Committee (MRCC) and the Audit Committee are both chaired by female Directors.

Mr. Huskilson says that having a level of gender diversity set in the articles of the company, specifically in the board structure (25% of the directors must be women), has been helpful in achieving targets and ensuring they are sustainable.

Not only does Mr. Huskilson champion women in senior leadership, he also supports mentorship programs at Emera that match senior leaders with employees who want to develop their long-term careers. These programs offer women and employees from other under-represented groups the opportunity to learn from people in senior positions, gaining knowledge and experience.

Mr. Huskilson believes that it is his job to instill confidence in people who have the capabilities to succeed and that sometimes as a leader you have to work a little harder to ensure everyone knows they can do it.

Mr. Huskilson grew up in rural Nova Scotia. In his youth, he worked in his father’s auto dealerships, which fostered his love of learning how things work. It was a natural next step to study engineering. He joined Nova Scotia Power as a summer student in 1978 and grew in his career through a series of progressively senior roles.

In 1996, he worked as part of a team developing a new strategy for Nova Scotia Power after the business was privatized. In 1999, Emera was formed, and he began leading the utility portion of the growing and diversifying business.

In 2004, he became President and Chief Executive Officer of the company, forming a team in 2005 that developed a new strategy focused on cleaner, affordable energy for customers, setting out on a path to grow the business.

He is very active in the community, having served as Chair of the Greater Halifax Partnership, the Canadian Electricity Association, and the Energy Council of Canada as well as Director of the Nova Scotia Community College, the Edison Electric Institute, and InnovaCorp.

In 2013, Mr. Huskilson was named Canadian Energy Person of the Year, a 2015 Clean Energy Champion, and also received an honorary Doctorate from the University of New Brunswick. Most recently, in May 2017, he was inducted into the Junior Achievement Nova Scotia Business Hall of Fame. Mr. Huskilson received his Bachelor’s and Master’s degrees in Engineering from the University of New Brunswick.