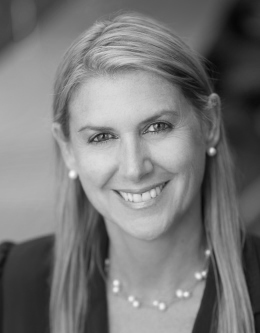 A dynamic and passionate leader, Anna Tudela is a champion for women at her organization and is an inspiring role model for all leaders in the traditionally male-dominated mining industry. Ms. Tudela understands the importance of retaining and fostering diverse talent, which is especially crucial in an industry where women are underrepresented, and her unwavering commitment to women’s advancement has impacted the lives and careers of countless women across all levels of Goldcorp Inc.

Her work was sparked on a business trip to South America where she realized there were no Goldcorp women in the region above the Director level, and that women generally seemed to be in a similar place as they were when she emigrated from Peru 20 years earlier. To take action, she founded Creating Choices and Growing Choices, two training, development, and mentorship programs for women at Goldcorp. To date, 1,550 women have graduated from these programs with new skills to unleash their voices and take charge of their careers.

Because of Ms. Tudela’s advocacy for advancing women and the success of the programs she developed, she was made Vice President, Diversity, in addition to her other duties. As Chair of Goldcorp’s Diversity Committee, she encourages other senior leaders at the company, including the CEO, to embrace diversity and inclusion. In her new role, Ms. Tudela has launched multiple partnerships, including two with UBC and Carleton to foster and develop female talent in STEM and another with the Minerva Foundation in BC. In addition, Ms. Tudela developed Goldcorp’s first diversity policy in response to the new OSC disclosure requirements, and under her leadership, Goldcorp became the first mining company to sign the Catalyst Accord in 2015.

Creating Choices was established in 2010 to provide women with the tools and assistance they need to drive their careers, thus improving their lives, their families, and their communities. With support from the CEO, 16 women from countries spanning the Americas started the program to learn how to establish their authentic leadership styles and use their voices as a powerful tool to accelerate their careers. Offered in three different languages, the multi-day program has participants from all functions, levels, and geographical locations.

Senior leaders are visibly committed to both programs, and often speak about D&I in town halls. In addition, both Goldcorp’s CEO and COO acted as mentors in Creating Choices and supported Ms. Tudela’s vision for women in mining from the beginning. When faced with pushback from managers who claimed the program would be too costly or time-consuming, she sat down with them one-on-one to call on their sense of fair play to help to make the organization better.

Catalyst has identified four key attributes of an inclusive leader: Empowerment, Accountability, Courage, and Humility (EACH). Ms. Tudela exhibits empowerment by trusting employees from across all levels and functions of Goldcorp to lead and facilitate Creating Choices and Growing Choices. Rather than bringing in an external team, she chose to train a variety of Goldcorp women to deliver the program. These women gain a sense of ownership, and many have developed into great leaders, which has created a pipeline of women leaders at Goldcorp.

Ms. Tudela is a firm believer in collaborating, listening, and working with women from across different geographies and cultures, understanding that when the program is embedded into the community, it will become truly successful.

Anna Tudela has more than 30 years of experience working with public companies in the securities and corporate finance areas, both in the United States and Canada. She joined Goldcorp in 2005 after working at the law firm of Davis LLP in the Securities and Corporate Finance Department. In 2013, Ms. Tudela received the Peter Dey Governance Achievement Award, and recently she was named one of the 100 Global Inspirational Women in Mining for 2016. Ms. Tudela’s work to advance women in leadership has also been recognized by the Association of Women in Finance, which named her a Champion at the 2016 PEAK Awards.