Want to Challenge Anti-Asian Racism at Work? What Not to Do (Blog Post)

A year ago, I wrote about the rise of coronavirus racism, and sadly, it’s only become more relevant and urgent.

My fears of the rise in anti-Asian racism were realized, with reports of verbal and physical assaults on Asians spiking around the world, culminating in the horrific murders of eight people, six of whom were women of Asian descent, in Atlanta in March, 2021. 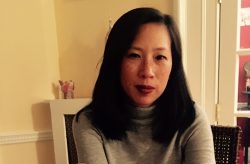 So how do I deal with all of this anger? Since I also hate feeling helpless, I think about the actions I know can be taken. As I pointed out a year ago, in a workplace culture, racist acts usually play out as microaggressions—those small verbal or nonverbal slights, snubs, or insults. Sometimes they’re made consciously, but more often they’re unconscious to the person speaking, who may even think that they are giving a compliment or joking around, when in fact there is a hidden insult or negative assumption embedded in their words.

Here’s the key takeaway: Organizations, through their leaders, must take action against microaggressions and must model inclusion. Catalyst has the resources and tools to help. When you find yourself in a situation where you witness a microaggression—in or out of the workplace—there are three things you should never do.

At the same time, there are two things you should always do:

As angry as I am right now, I am still optimistic about the future. I take comfort in the actions organizations are taking to root out systemic bias and the knowledge that something can be done. Clearly, racism isn’t going away any time soon. Now, it’s time to take action.

As Catalyst Vice President, Strategic Engagement, Serena Fong drives positive change by leading and executing strategic communications and strategies to key stakeholders, including government leaders, policy-makers, influencers, strategic partners, Catalyst Supporter organizations and board members. She works across the organization to create and execute a compelling and impactful engagement strategy,…

How to Call Out Coronavirus Racism at Work (Blog Post)

Three things you should never do when you witness racist microaggressions at work, and two things to always do.

Racist and misogynist language can lead to tragic outcomes, such as the March 2021 Atlanta murders of Asian American women.