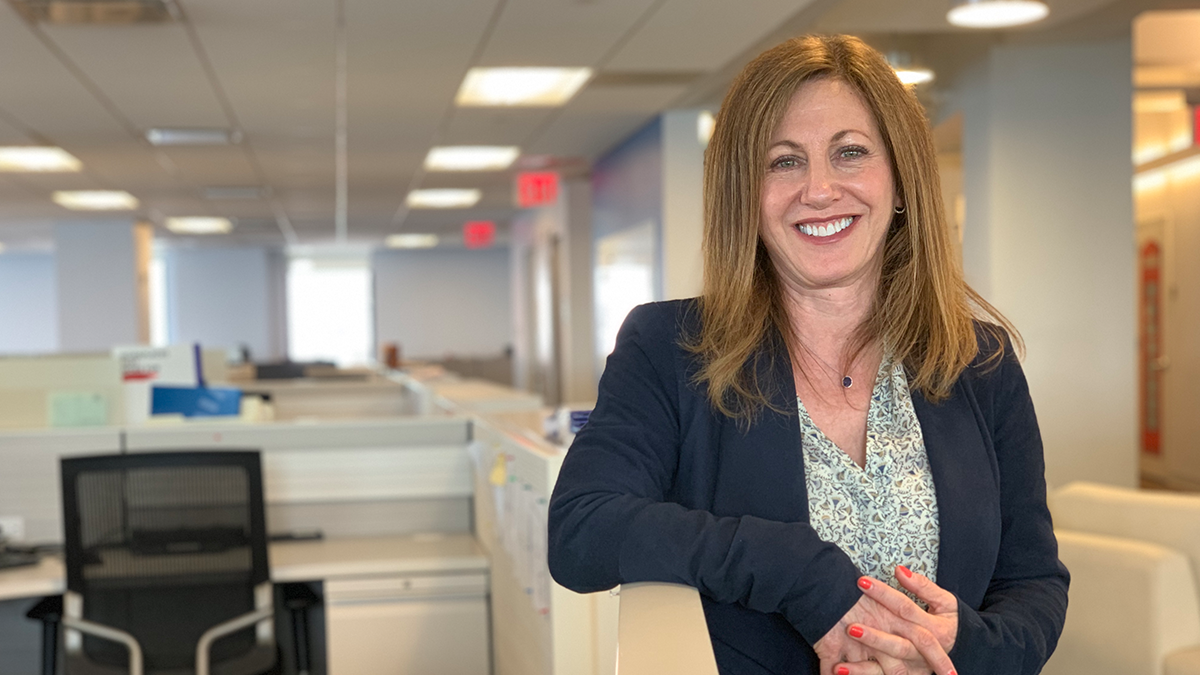 Catalyst COO Stacey Bain shares how to up your sponsorship game.

How critical is it for women to have a mentor or sponsor? Ask successful leaders, and you’ll find most have had at least one mentor—someone who helped them navigate career choices—and a sponsor—someone who used their influence to advocate for their advancement. In my case, I have had several—and have also been an advocate for others.

For #NationalMentoringMonth, I share my experiences and why I believe that creating a network of advocates is essential today.

The Role of a Mentor

My first advocate was my mother, and it took me three decades to realize that she was the first in a network of sponsors and mentors who would help write the chapters of my professional story. This is ironic because until I was 18, my mother was a homemaker. She, like many other women of her time, acquired a four-year degree in teaching and taught elementary school until she had me. She met her goal to be a stay-at-home mom and embraced it, which was demonstrated as I grew up through her leadership positions in the PTA, including several presidencies.

Left turn, my father died at the end of my freshman year in college, and my mother was forced to return to work, out of the home, to support herself and three kids. Her PTA network paid off when she was offered a customer-support representative job at Elizabethtown Gas Company by an executive who lived in town. After barely a year at the company, I needed a paid and for-credit co-op position, and she boldly requested that the company create one for me. The CFO (my hiring manager) of the big utility company became my first mentor and eventually my first sponsor. The CFO mentored and sponsored me as an equally important part of his diverse team of talented accountants.

As a true sponsor, this executive continued to develop my skills and marketability over the next few years, with a second co-op and a paid consulting opportunity at their satellite office in upstate New York near my school which also helped with my school expenses. This man was an inclusive leader in so many ways. His team was diverse, in both gender and race. His approach was always a hands-on demonstration to show there was nothing he asked of us that he wouldn’t do.

During my second rotation, he introduced me to the utility’s audit partner from Arthur Andersen and recommended they interview me for their incoming audit team cohort. I interviewed for the entry-level position and received the job offer. This is what sponsorship looks like.

Meet People Where They Are

I had a chance to pay it forward when, in my late twenties, I arrived at BMG Music as a royalty accounting manager. One of my reports was a man,15-20 years my senior, who had been demoted from the controller of the company to a staff royalty accountant. I was basically given the direction to counsel him out.  But I was in no position to counsel out someone with institutional knowledge in my first industry position, so I spent a lot of time with “Roger,” and listening to his story, which was rich in insights and looking back, a roadmap for my role.

Through this process, I realized that he was failing because he had not been given the basic tools to succeed. He did not have a computer or printer, and his responsibilities could not be fulfilled without these tools. The first lesson I learned was that meeting people “where they are” before judging them on where they should be, or where they are not, starts a process of gaining trust and credibility.

Develop a Network of Advocates

We are all most successful with a network of advocates championing us and whose success is codependent with ours. I built trust with Roger, and ten years later, when I was promoted to a front-office corporate development position, it was in no small part due to the work that Roger did on my behalf, but also on his own—and I was able to promote him back into a position that predated my arrival to run the department after my departure.

My employers during those formative years were very rigorous and impactful talent trainers and advocates, providing programmatic career pathing—a learning and development model that seems to have faded from today’s institutional priority to become “democratized,” which in my mind, translates to outsourced and DIY human resource management. This may have worked for a while because so many of us were raised and groomed for management positions, and I was able and lucky to build a network of peers, mentors, and sponsors who were not the least bit selfish in promoting people, not just into positions but as advocates for career pathing.

Leaders, Go Out and Sponsor

In my experience, sponsors are mentors who have a purpose, set goals, and drive outcomes.  And this is how we need to up the game on mentoring now. The onus does still end up resting with a potential mentee—to use the time together to listen and learn, and then to help guide action plans that may or may not work but are progressive. But we can’t forget the need to pull people up. My story demonstrates the urgent need for those able to sponsor others to step up.

Your network is your currency. People need the right tools to succeed—but we also need each other to succeed. Future leaders, especially women, and particularly women of color, need to be seen and heard and sought out at every level in an organization.  These are actions that need to be made consciously.  Passive acknowledgment perpetuates the struggle of those who are consistently hired “over” by organizations who have spent significant resources in training them and then not allowed them to step into their supervisors’ roles. It will cost their companies and the broader economy immeasurable value instead of creating value through advancement.

Senior leaders, you must sponsor; it is a verb. When you sponsor, you build trust and improve engagement and retention, strengthen the leadership pipeline and model empathy. In short, you set up people and their organizations for success.

Learn more about sponsorship and mentoring with these Catalyst resources and tools:

Stacey Bain oversees organizational operations and administration including Legal, HR, Finance, IT and Facilities Management.  In addition, she is responsible for the Transformation Management Office that supports the implementation of Catalyst’s Strategic Plan. Stacey spent much of her career at BMG/Sony Music during a period of deep industry change where…